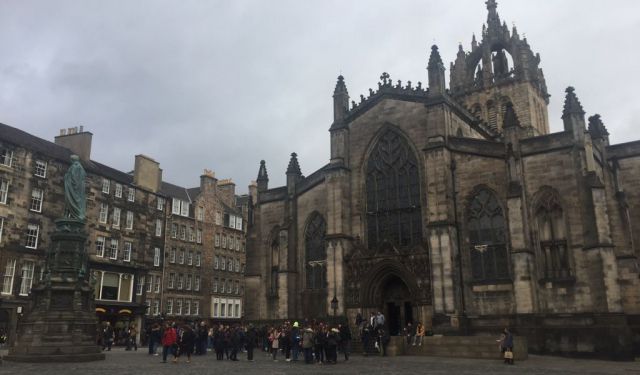 I’d never thought about visiting Edinburgh until I had to do a project for my World Destinations class while studying Travel, Tourism and Hospitality Management. I became fascinated with this city and wondered if I would be able to turn this project on paper into reality one day.

Scotland’s capital is Britain’s second most popular tourist destination and considered one of the most beautiful European capitals. Edinburgh actually comprises two cities, the Old Town and the New Town, which were declared a UNESCO Heritage Site in 1995.

In October of 2016, two years after I did my project, I had the opportunity to go to Scotland for the first time and visited Edinburgh and Loch Ness.

I went not just to the places I covered in my project, but also discovered many other excellent places and things to do, so I decided to put together a list of what I think are the 7 best things to do in Edinburgh.

The Old Town of Edinburgh is a labyrinth of narrow alleys and rows of houses, and home to some of the most popular tourist attractions in the city, such as the Edinburgh Castle and the Royal Mile. ...... (follow the instructions below for accessing the rest of this article).
This article is featured in the app "GPSmyCity: Walks in 1K+ Cities" on iTunes App Store and Google Play. You can download the app to your mobile device to read the article offline and create a self-guided walking tour to visit the attractions featured in this article. The app turns your mobile device into a personal tour guide and it works offline, so no data plan is needed when traveling abroad.