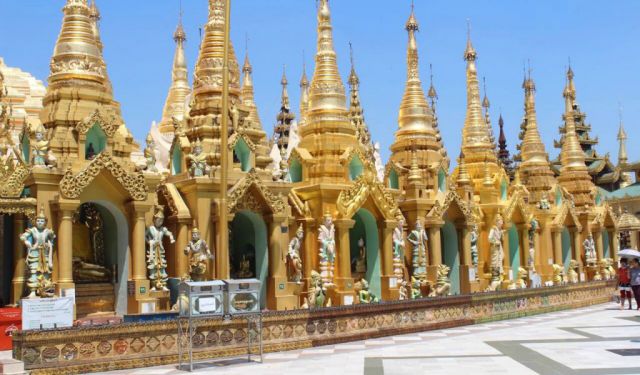 After spending a whole month in Indonesia, I arrived in the most vibrant and busiest city in Myanmar. However, I didn’t know what to do in Yangon apart from visiting Shwedagon Pagoda, probably one of the most famous and popular Yangon attractions.

But after doing some research and asking locals I discovered several other Yangon points of interest that are definitely worth visiting.

Yangon, the largest city in Myanmar, was founded as Dagon in the early 11th century. After the British seized it during the Anglo-Burmese wars in the 1850’s, it became known as Rangoon, until 1989, when it assumed its current name. It was also the Burmese capital until 2006, when the military government relocated the capital to Naypyidaw, in central Myanmar.

Today, the city still retains some of its colourful history in the large and leafy avenues and colonial-era buildings, together with several outstanding pagodas and streets markets full of energy and life.

Myanmar, and specially Yangon, have recently become one of the must-visit destinations in Southeast Asia, and in 2015 over 1 million people visited the city. ...... (follow the instructions below for accessing the rest of this article).
This article is featured in the app "GPSmyCity: Walks in 1K+ Cities" on iTunes App Store and Google Play. You can download the app to your mobile device to read the article offline and create a self-guided walking tour to visit the attractions featured in this article. The app turns your mobile device into a personal tour guide and it works offline, so no data plan is needed when traveling abroad.