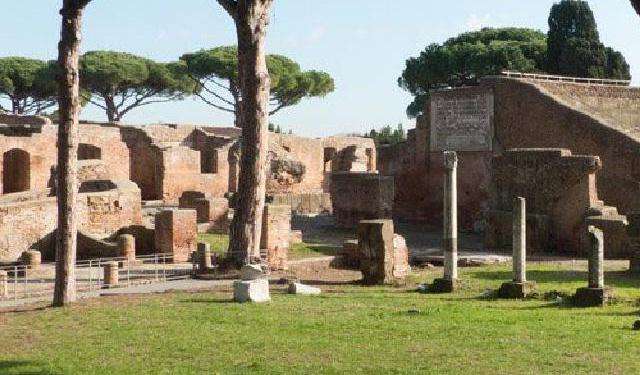 Roman ruins are one of the many reasons for tourists to visit Rome, and sites such as the Colosseum, the Roman Forum, and the Palatine Hill are amongst the city’s foremost visitor attractions. However, there are many smaller Roman remains in Rome and the surrounding area, some reasonably well known and others less visited. And “new” sites are always being discovered and excavated. Here are seven lesser known Roman sites in Rome for you to explore.

The Circus Maximus is one of the city’s more recently redeveloped sites. Although it dates back to the 6th century BCE, it was only excavated and opened to tourists in 2016.

This vast area of grassland was once a sports and entertainment complex (supposedly the biggest of all time), where 150,000 people would watch games and gladiator fights or participate in religious festivities. Today you can walk around the Circus Maximus and explore the remains of seating, shops and other public areas at one end of the stadium.

Built at the end of the 3rd century CE, Diocletian’s Bath was the largest public bathing complex in the Roman Empire, with facilities for 3,000 people. The baths remained in use for more than 200 years. The buildings then fell into ruin but were later incorporated into a monastery on the site. ...... (follow the instructions below for accessing the rest of this article).
This article is featured in the app "GPSmyCity: Walks in 1K+ Cities" on iTunes App Store and Google Play. You can download the app to your mobile device to read the article offline and create a self-guided walking tour to visit the attractions featured in this article. The app turns your mobile device into a personal tour guide and it works offline, so no data plan is needed when traveling abroad.