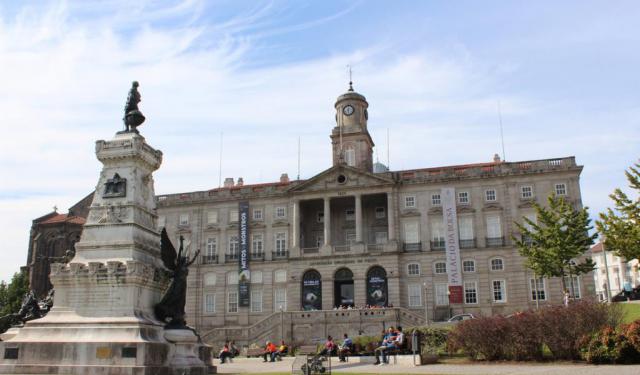 Porto is a city chock-full of history and astounding architecture that is worth exploring. From its roots of navigation to the creation of Port wine, Porto features a variety of museums to suit all interests. Whether you want to explore art, history or boats, there is a museum for every traveler.

Founded in 1833, this museum is Portugal's first public museum. The museum features 19th and 20th Century art pieces ranging from paintings to sculptures to ceramics. The building itself, the Carrancas Palace, a work of art where courtyards lined with blue and white ceramic tiles contain perfectly manicured lawns and delicate flowering trees. The oldest art pieces date back to the 16th Century.

Casa do Infante, the Prince's House, is named after Prince Henry the Navigator, the leader of great expeditions of discovery in West Africa who was born in the house in 1394. The house dates back to 1325 and is one of Porto's most important landmark, especially during the Age of Discovery. Once a royal building, Casa do Infante is now a museum dedicated to the history of the Portuguese navigation and ​Porto's role during the discoveries along with Roman occupation during the 4th and 5th Centuries. The casa is nestled down an old alleyway nearby the Douro River. ...... (follow the instructions below for accessing the rest of this article).
This article is featured in the app "GPSmyCity: Walks in 1K+ Cities" on iTunes App Store and Google Play. You can download the app to your mobile device to read the article offline and create a self-guided walking tour to visit the attractions featured in this article. The app turns your mobile device into a personal tour guide and it works offline, so no data plan is needed when traveling abroad.

Create Your Own Self-Guided Walks in Porto
Guide Name: 7 Museums You Must Visit in Porto, Portugal
Guide Location: Portugal » Porto
Guide Type: Self-guided Walking Tour (Article (B))
Author: Elizabeth Kovar
Read it on Author's Website: http://www.lemontreetravel.com/blog/-museums-you-must-visit-in-porto-portugal
Sight(s) Featured in This Guide:
Where To Stay in Porto, Portugal - Guide of Best Areas and Hotels