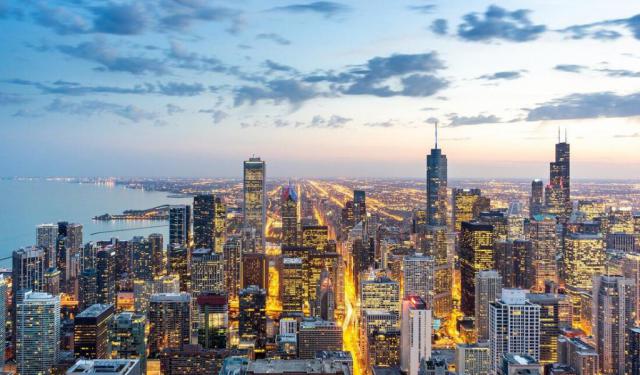 Chicago is one of America's most beloved cities. An architectural wonder paradise, Chicago is chocked full of steel and stone marvels, large and small. When in the "Windy City," be sure to explore some of the best architectural creations in the city.

Constructed in 1921, The Chicago Theatre was designed by C. W. (Cornelius Ward) Rapp and George L. Rapp in the “atmospheric style," using the company's signature Neo-Baroque French-Revival style. Similar to the Rookery Building, the theatre is stunning from the inside out. The brothers construction was such a success they went on to serve as architects for the entire Paramount/Publix chain.

An architectural wonder indeed from the inside and out, The Rookery Building is on the National Register of Historic Places and is a Chicago Landmark. Originally designed by famed architectural partners Burnham and Root, and completed in 1888, Frank Lloyd Wright redesigned the two-story skylight lobby in 1905 – 1907.

Completed in 1974, this mid century modern structure held its name, The Sears Tower for nearly 25 years after it's completion. This tower once held the title of being the tallest skyscraper in the world. Being 110 stories tall, the building is operated for commercial use, and paved the way for additional inspiration for skyscrapers across the globe.  ...... (follow the instructions below for accessing the rest of this article).
This article is featured in the app "GPSmyCity: Walks in 1K+ Cities" on iTunes App Store and Google Play. You can download the app to your mobile device to read the article offline and create a self-guided walking tour to visit the attractions featured in this article. The app turns your mobile device into a personal tour guide and it works offline, so no data plan is needed when traveling abroad.