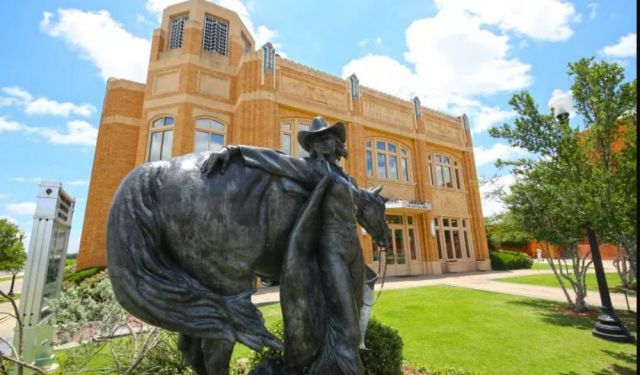 Until recently I had never heard of Fort Worth in Texas. Have you? I was enlightened about the ‘City of Cowboys’ at a bloggers’ lunch in London where the good people from Visit Fort Worth filled the gaps in my US knowledge and geography.

Surrounded by heaps of delicious BBQ meat, ‘slaw and mac n’ cheese (thank you Grillstock), I sat, enthralled, by talk of a place where an authentic taste of the American West awaits. Serenaded by the live music talents of Luke Wade (a former contestant on the US Voice), I listened to tales of seeing real cowboys in action, herds of cattle walking through the old town and learnt a bit about what a ‘honky-tonk’ is. It soon became evident that Fort Worth is also a very appealing place to visit as a family.

Before I get to the list of really cool things to do there, here’s a brief overview of Fort Worth for those (like me) who are unfamiliar with the city. Known as the ‘City of Cowboys and Culture’ or simply ‘Cowtown’, Fort Worth is around a 40 minute drive from Dallas, and is the fifth largest city in Texas. As well as its historic centre in the Stockyards, it is also a modern, cosmopolitan city. Once a military outpost established to protect northern Texas in the mid 1800s, it became the centre of cattle drives in the late 19th century as ranchers herded them from Texas to Kansas railroad as part of the Chisholm Trail. It is where saloons, sheriffs and cowboys actually existed! ...... (follow the instructions below for accessing the rest of this article).
This article is featured in the app "GPSmyCity: Walks in 1K+ Cities" on iTunes App Store and Google Play. You can download the app to your mobile device to read the article offline and create a self-guided walking tour to visit the attractions featured in this article. The app turns your mobile device into a personal tour guide and it works offline, so no data plan is needed when traveling abroad.

Create Your Own Self-Guided Walks in Fort Worth
Guide Name: 8 Awesome Things to Do in Fort Worth, Texas
Guide Location: USA » Fort Worth
Guide Type: Self-guided Walking Tour (Article (B))
Author: Elizabeth Callaghan
Read it on Author's Website: http://www.wandermum.co.uk/8-awesome-things-fort-worth-texas/
Sight(s) Featured in This Guide: