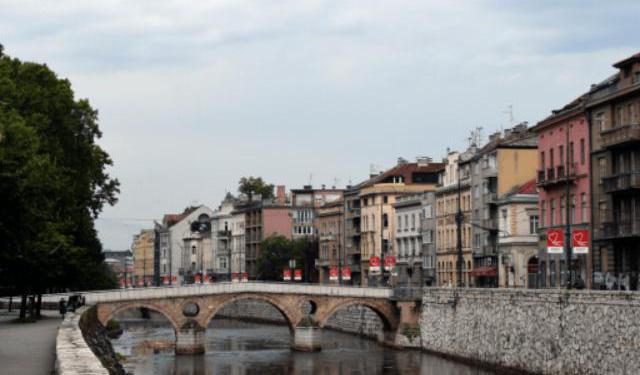 A City Guide to Sarajevo, Sarajevo, Bosnia-Herzegovina (B)

Sarajevo, the capital of Bosnia and Herzegovina, definitely fascinated me! The city has two sides: an atmospheric old town with nice places but also the scars of its past. From 1992 until 1995, the Bosnian War was going on. There are several places in Sarajevo where you can still see rests of the war; but there are also beautiful and impressive museums which shows the story of the Bosnian War. In this article I’ll tell you some more about the places to visit when travelling to the city. It’s a very diverse city with a lot of beautiful places in and around the center.

The Sacred Heart Cathedral, also known as Katedrala Srca Isusova, is the largest cathedral in Bosnia and Herzegovina and features beautiful stained glass windows and vaulted ceilings. A statue dedicated to Pope John Paul II, who visited Sarajevo in 1996 and 2003, sits in the front square of the cathedral.

This is one of the impressive museums about the Bosnian war. The photo museum is located in the middle of the center, right next to the church. You can visit the museum every day between 10 a.m. and 6 p.m. It features an exhibition with several catching photos which shows and express the story of the Bosnian War. You can also watch a movie (there are two displayed) about the time during the war. It’s an absolute must-visit during your time in Sarajevo and you can easily spend here an hour or two. The museum tells you more about the city and its history. ...... (follow the instructions below for accessing the rest of this article).
This article is featured in the app "GPSmyCity: Walks in 1K+ Cities" on iTunes App Store and Google Play. You can download the app to your mobile device to read the article offline and create a self-guided walking tour to visit the attractions featured in this article. The app turns your mobile device into a personal tour guide and it works offline, so no data plan is needed when traveling abroad.