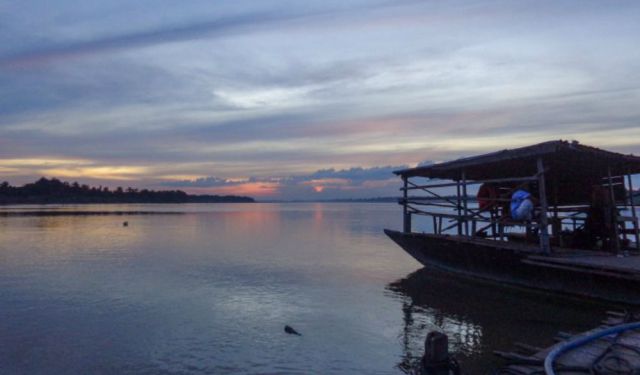 When I decided to take a tour through Cambodia in 2014, there were only a couple of places that I really knew of and wanted to see. I was interested in visiting the nation’s capital of Phnom Penh and of course, Angkor Wat. Part of the allure of taking the tour was being shown places I wouldn’t have gone to otherwise and it certainly delivered. One such place was the city of Kampong Cham.

Our next stop after Phnom Penh, Kampong Cham is a small city that lies by the Mekong River in Cambodia’s south-east. Given the developing state of tourism in Cambodia and it not being one of the few headline destinations, Kampong Cham is yet to see much in the way of tourists. Still, there are a handful of fun things to do here that really help you gain a better idea on Cambodia and its way of life. What follows is the sights we managed to see in just a day.

One thing I noted in Cambodia is that the markets are generally the centre of attention, which definitely applies in Kampong Cham. First thing, we made a beeline straight for the market in the middle of the city. Like a lot of similar places in Southeast Asia, it was a hive of activity with people, bikes and cars everywhere. Inside the covered market place, you found pretty typical wares and produce like you’d find anywhere else. However, I do distinctly remember all the skewers of barbecued meat and fish sitting out in the open catching my eye. ...... (follow the instructions below for accessing the rest of this article).
This article is featured in the app "GPSmyCity: Walks in 1K+ Cities" on iTunes App Store and Google Play. You can download the app to your mobile device to read the article offline and create a self-guided walking tour to visit the attractions featured in this article. The app turns your mobile device into a personal tour guide and it works offline, so no data plan is needed when traveling abroad.