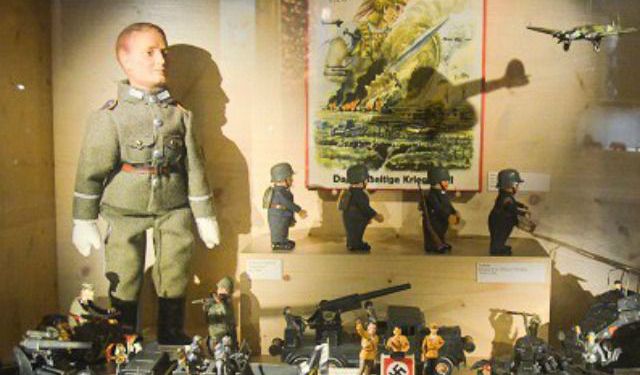 As far as European cities go, Nuremberg isn’t likely to be on your radar for amazing museums. But for just a few bucks, you can have a great day of museum hopping all around the city.

Many of their municipal museums can be visited with a day ticket. Entrance to any individual museum is 5 Euro, but for an extra 2.50, you can get a day pass for the rest of them. If you’re really dedicated, you can probably visit four in a day. If you want to take it easy, you’re probably better off settling for two or three of them. Three might still seem like a lot, but it can be done comfortably. Here’s how:

Obviously I love doing seasonally inappropriate things around the holidays. Like taking a break from Nuremberg’s gorgeous Christmas markets to remember the Nazi party’s humble beginnings.

Just a few steps from the Doku-Zentrum tram stop in Nuremberg is the Documentation Center where the permanent exhibition for the Nazi Party Rally Grounds is housed. The exhibit is basically a documentary you can move within. There are a lot of old photos and some original materials like newspapers from when they were built and used. The audio guide tells you everything about the history of the Nazi party from its inception and rise to power all the way to the Nuremberg Trails. ...... (follow the instructions below for accessing the rest of this article).
This article is featured in the app "GPSmyCity: Walks in 1K+ Cities" on iTunes App Store and Google Play. You can download the app to your mobile device to read the article offline and create a self-guided walking tour to visit the attractions featured in this article. The app turns your mobile device into a personal tour guide and it works offline, so no data plan is needed when traveling abroad.