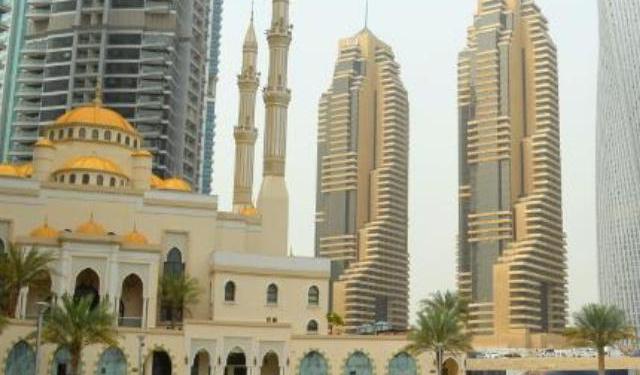 A Fabulous Stopover in Dubai, Dubai, United Arab Emirates (B)

I don’t normally love cities like Dubai, which are all glitz and glamour with no real personality. But after slumming it in Sri Lanka, the incredible skyline peeking out above the clouds was exactly what I needed to get the taste of choking on spicy chicken bones and disappointment out of my mouth. Visiting Dubai on a stopover is really simple, because the public transportation system easily gets you around the city, and there’s just enough fun stuff to do in Dubai to cram in one long day of sightseeing.

If you’re arriving from Terminal 1 or 3 in the Dubai airport, you will be well-connected by the metro system, which will put you at major points in the city, like the Burj Khalifa in 30-40 minutes. If you’re arriving into terminal 2, the poor people terminal servicing flydubai flights, you will either have to take a shuttle to one of the other terminals to catch the metro, or take an Uber into the city, which might save you a little bit of time.

To maximize your use of the public transportation system, I suggest you get a day pass, which is a contactless card that can be used on the metro, trams, and buses. You validate before and after entering the station each time or on board the bus. The pass is only around $5 for standard class and double that for gold class, which is nice if you want a less crowded train car and a nicer view from the front of the train into the city. Note that if you’re caught in a gold class section with only a standard transportation pass, you’ll be fined. ...... (follow the instructions below for accessing the rest of this article).
This article is featured in the app "GPSmyCity: Walks in 1K+ Cities" on iTunes App Store and Google Play. You can download the app to your mobile device to read the article offline and create a self-guided walking tour to visit the attractions featured in this article. The app turns your mobile device into a personal tour guide and it works offline, so no data plan is needed when traveling abroad.