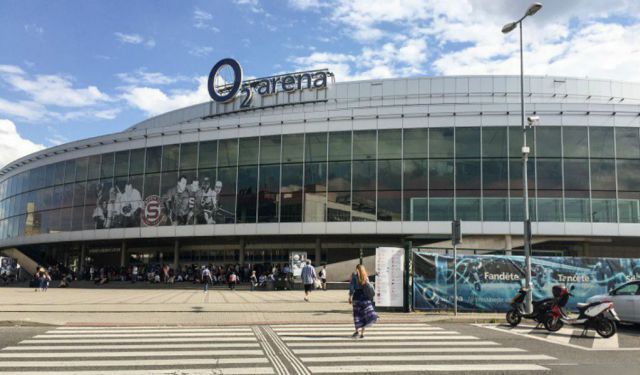 A Guide to the O2 Arena in Prague, Prague, Czech Republic (B)

When I was trying to decide where and when to settle down in Europe, I was swayed by two things: my friend had an available apartment for me in Prague and Paul McCartney was going to be here at the O2 Arena two days before my birthday (and his!).

I’ve been to a lot of concerts and to a lot of arenas. All of them have their own rules and specifications. And as someone who doesn’t speak a word of Czech, I had no idea what to expect from the O2 or how to navigate it. But now that I’ve done it, here are some tips.

For some reason when you look up Google Map directions from central Prague to the arena, it tells you there are no public transportation routes. That’s actually not true. You can get to the arena easily one of two ways:

I took the Metro, which is a simple route from anywhere in Prague. You don’t even have to remember the name of the station because the metro map has a picture of the arena on the Ceskomoravska stop. It shouldn’t take more than 30 minutes to get there from city center, accounting for a connection from the A or C lines. That seems to be the most popular route and despite being absolutely packed after the show, I was out of there in 5 minutes with a train car full of people singing Hey Jude. This is where Prague’s honor system train culture comes in handy. No long lines for tickets or at turnstiles. But if public transportation seems too daunting, you can Uber for $10-13 from city center. ...... (follow the instructions below for accessing the rest of this article).
This article is featured in the app "GPSmyCity: Walks in 1K+ Cities" on iTunes App Store and Google Play. You can download the app to your mobile device to read the article offline and create a self-guided walking tour to visit the attractions featured in this article. The app turns your mobile device into a personal tour guide and it works offline, so no data plan is needed when traveling abroad.