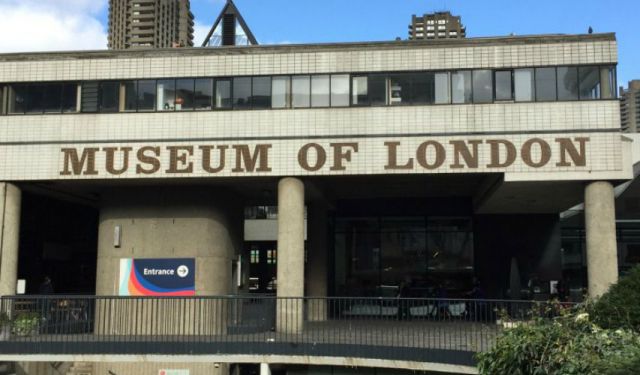 A Journey through History at Museum of London, London, England (B)

Ever wondered what London was like before it was inhabited by millions of people? Before it even became Londonium under the Romans? When elephants, lions and rhinos were some of the wild animals which would roam the lands? Well, all was revealed to me when I took a a trip to the Museum of London where I was taken on a journey through the capital’s history and many manifestations.

Located in the heart of the city just up from St Paul’s cathedral, the building itself isn’t much to look at but once inside it is filled with fascinating exhibits.

The nearest tube is Barbican but I walked up from Blackfriars station (which has step-free access for the buggy). It was a sunny day so I enjoyed taking in some of the sights of the city and the London buzz.

Of course, by the time we had reached the museum Mrs T had fallen asleep in her buggy so I ditched my initial idea of doing the children’s activity trail. The Museum of London is free but it’s £1 for the activity trail booklet. I had a flick through but think it would have been a bit old for Mrs T, who is three. ...... (follow the instructions below for accessing the rest of this article).
This article is featured in the app "GPSmyCity: Walks in 1K+ Cities" on iTunes App Store and Google Play. You can download the app to your mobile device to read the article offline and create a self-guided walking tour to visit the attractions featured in this article. The app turns your mobile device into a personal tour guide and it works offline, so no data plan is needed when traveling abroad.