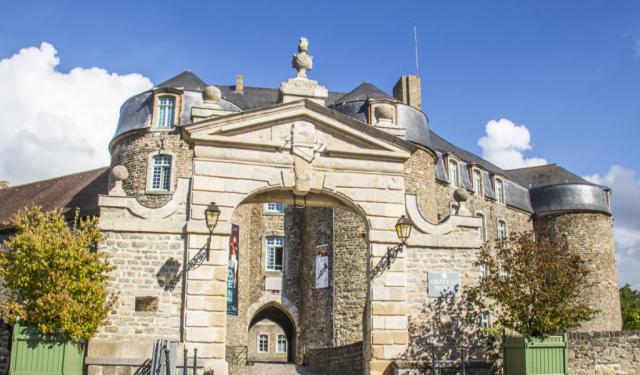 Boulogne sur Mer, known as the capital of the Opal Coast, is an extraordinary French town in the department of Pas de Calais. It is unusual because the clear divide between its fishing port, the most important in France, and its historic old town offers the visitor two completely different experiences in the same day. Then there is a third aspect, the huge National Sea Centre named Nausicaà, after a heroine in the Odyssey by the Greek poet, Homer. I began my day with a visit to Nausicaà that occupies a commanding positon of the sea front of the town.

Nausicaà has been created from an original concept developed in 1977 by Guy Lengagne, then mayor of Boulogne and later, president of Nausicaà. He wanted to build a large aquarium by the sea to celebrate the importance of the sea to his town. The large cellars of the town’s old Casino were ideal for this purpose and by 1991 the aquarium was ready to open its doors to the public. There have been many additions to Nausicaà since it opened but 2018 saw the addition of a new tank, the largest in Europe and the creation of a massive viewing panel where visitors can view the creatures swimming around in this tank and watch them being fed on television screens on the walls by this panel. ...... (follow the instructions below for accessing the rest of this article).
This article is featured in the app "GPSmyCity: Walks in 1K+ Cities" on iTunes App Store and Google Play. You can download the app to your mobile device to read the article offline and create a self-guided walking tour to visit the attractions featured in this article. The app turns your mobile device into a personal tour guide and it works offline, so no data plan is needed when traveling abroad.