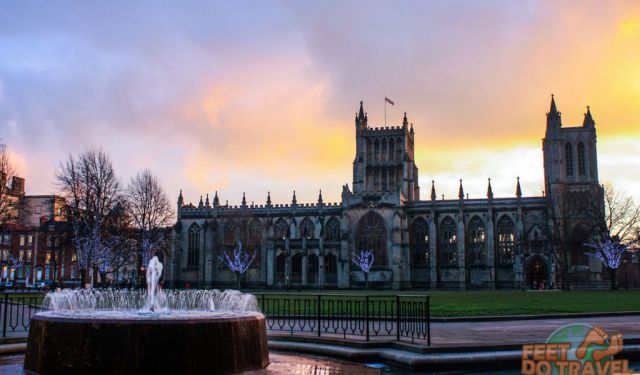 ﻿A Quirky Afternoon in Bristol, Bristol, England (B)

I was born and grew up in Bristol but moved to Gloucester fifteen years ago, however from time to time, I am still drawn to my hometown and like to try new things as a “foreigner”.

​In the run up to leaving the UK to begin my nomadic lifestyle, I decided to visit a couple of places I had wanted to see but hadn’t quite yet ventured to.

It’s the largest City in the South West of England 120 miles from London. It’s been a wealthy trading port since the Roman era, in fact Bristol is known in some circles as “the “Birthplace of America”. Really? Yes apparently John Cabot sailed from here to help “discover” North America in 1497 and was funded mainly by Richard Amerike, a wealthy businessman and Sheriff of Bristol, who some believe America was named after.

From the late 1600s to the early 1800s, Bristol was a massive slave shipping industry and on another note, the infamous pirate Captain Blackbeard’s original birthplace and childhood home still stands on Bristol's harbour side. ...... (follow the instructions below for accessing the rest of this article).
This article is featured in the app "GPSmyCity: Walks in 1K+ Cities" on iTunes App Store and Google Play. You can download the app to your mobile device to read the article offline and create a self-guided walking tour to visit the attractions featured in this article. The app turns your mobile device into a personal tour guide and it works offline, so no data plan is needed when traveling abroad.