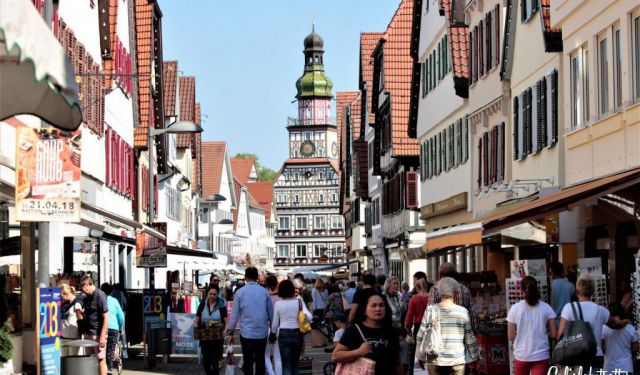 An abnormally warm spring after a relatively mild winter season and the occasional spurts of cold wind from the east. Typically Germany in March is a tease, temperatures peaking at around 70°F before plunging back down into the low 40s by April. Yet this year, March in Germany was rather a gloomy month, still suffering from the occasional affects of “The Beast from the East”. So, when temperatures were predicted to reached 80°F at the weekend, we hopped in the car and made a road trip out of it to several half-timbered towns in Baden-Württemberg, including Kirchheim unter Teck. An adorable timber-framed town left out of every single Germany travel guide for reasons unbeknownst to me but for which I will now bewitch you with its charm!

Practically unheard of beyond southern Germany, this half-timbered town is just a 32-minute drive from the capital of Baden-Württemberg and just 45 minutes from Ulm in the district of Esslingen at the foothills of the central Swabian Alb, making for the perfect little day trip from Stuttgart or even a casual day trip from Ulm! ...... (follow the instructions below for accessing the rest of this article).
This article is featured in the app "GPSmyCity: Walks in 1K+ Cities" on iTunes App Store and Google Play. You can download the app to your mobile device to read the article offline and create a self-guided walking tour to visit the attractions featured in this article. The app turns your mobile device into a personal tour guide and it works offline, so no data plan is needed when traveling abroad.