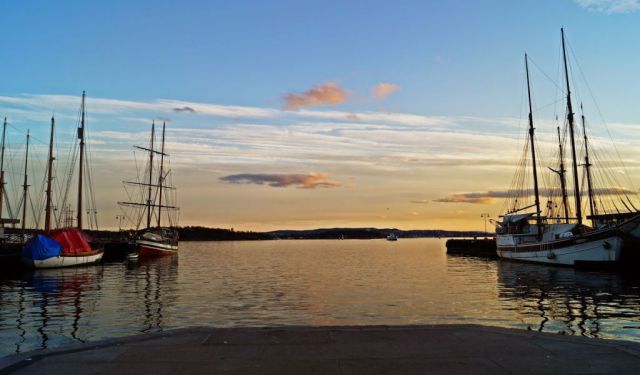 A Stopover in Oslo, Oslo, Norway (B)

On my way to Longyearbyen, Svalbard from Iceland, I had a 16-hour stopover in Oslo. I arrived there at 5.00 PM on April 14th and left the following day at 9.00 AM.

I had already decided that I was going to spend the evening sightseeing in Oslo, so after I had collected my luggage, I paid a small amount to have it stored at the airport.

Originally, I was going to take Flytoget, which would take me to the center of Oslo in 19 minutes. But the price was ridiculous at 180 NOK each way, so instead I went to another train company and paid just 90 NOK each way and arrived in the center 23 minutes later.

Honestly, in my opinion, Flytoget is one big joke with their high prices and I definitely recommend checking other options when going to the center from the airport.

Back home in Denmark, I had been told that Oslo was nothing special. But since I’m a capital collector, I had to see the city with my own eyes and I was so glad I did!

Oslo surprised me in so many ways, being as beautiful, clean and somewhat peaceful as it is. The sun was shining, the birds were singing and there were beautiful flowers all over the city. ...... (follow the instructions below for accessing the rest of this article).
This article is featured in the app "GPSmyCity: Walks in 1K+ Cities" on iTunes App Store and Google Play. You can download the app to your mobile device to read the article offline and create a self-guided walking tour to visit the attractions featured in this article. The app turns your mobile device into a personal tour guide and it works offline, so no data plan is needed when traveling abroad.