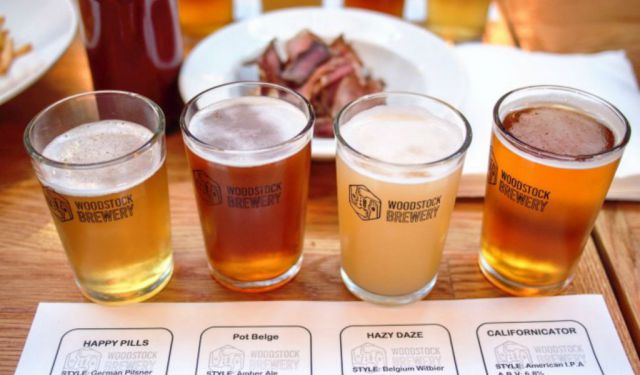 I love beer. This should come as no surprise as I have well documented this passion over the years. From the beer halls in Germany to breweries on North America’s east and west coasts, I have sampled my share. So when I found out that Cape Town has an up and coming craft beer scene I had to check it out. To help I enlisted Louwrens and Super Cool Beer Tour to sample the best beer Cape Town has to offer.

Louwrens, our instantly likeable Super Cool Beer Tour guide, collected us from our hotel and we were off. The first stop was the South African Brewery Company (SAB), better known as the biggest brewery giant in the world. Although Super Cool Beer Tours touts themselves as a microbrewery tour, this stop is an important one. It provided an understanding behind, the history of South African’s thirst for beer and how the humble beginnings of the Newlands Brewery came to own the likes of Peroni, Pilsner Urquel, and Miller Brewing Company.

Even though our samples included beers that we could get anywhere in the world, the facility, tasting room, and history was interesting and something to see. ...... (follow the instructions below for accessing the rest of this article).
This article is featured in the app "GPSmyCity: Walks in 1K+ Cities" on iTunes App Store and Google Play. You can download the app to your mobile device to read the article offline and create a self-guided walking tour to visit the attractions featured in this article. The app turns your mobile device into a personal tour guide and it works offline, so no data plan is needed when traveling abroad.