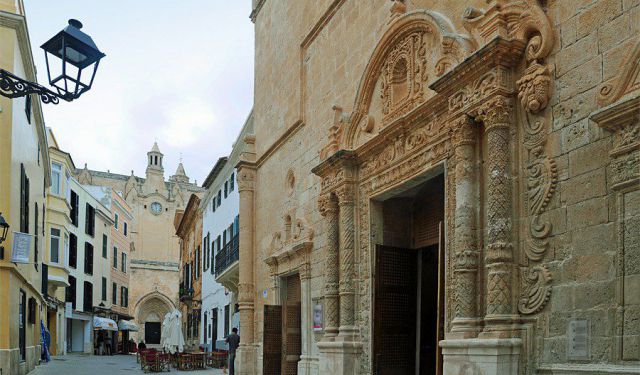 A Walk through Time in Ciutadella, Ciutadella de Menorca, Spain (B)

As I wander around the historic old quarter of Ciutadella, past majestic peach coloured buildings, historic squares and through a maze of narrow alleys ways, I catch a glimpse of the turbulent history of Menorca thanks to my guide. Luis tells tales of piracy, plague, fiestas and tradition, not forgetting the obligatory star-crossed lovers. He brings these old streets to life with echoes from the past.

Ciutadella, on the west coast of Menorca, was first settled by the Carthaginians. It became the island’s capital and grew into a strong trading port. One of two natural harbours on this strategically placed Mediterranean island, the city has seen many rulers come and go over the centuries including Phoenicians, Greeks, Romans, Vandals, Moors, British and French. It was when the British arrived in the early 18th century that the island’s capital was transferred to the rival port town of Mahón on the east coast. Traditional life in Menorca has not been blatantly swept aside by tourism and wandering these old streets you can gain a sense of stepping back in time. ...... (follow the instructions below for accessing the rest of this article).
This article is featured in the app "GPSmyCity: Walks in 1K+ Cities" on iTunes App Store and Google Play. You can download the app to your mobile device to read the article offline and create a self-guided walking tour to visit the attractions featured in this article. The app turns your mobile device into a personal tour guide and it works offline, so no data plan is needed when traveling abroad.