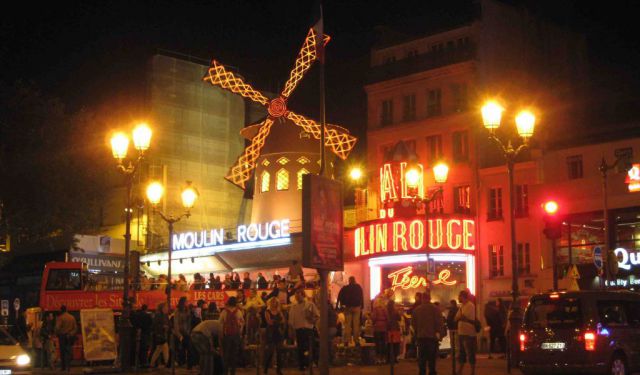 Our second day in Paris was action packed! We hopped the metro to our first stop, the Louvre, once a medieval fortress, now the world’s largest museum. We were told the lines would be long to enter, and that we could be here all day, so we arrived early and we hit the highlights, because we had several highlights in Paris to see today, and we were going to be hard pressed to see all of them.

Once again, we were lucky, and we ended up in the line that forms from inside the mall, and it was only three minutes long! After we bought the tickets, we joined the masses and headed toward the Mona Lisa which is mounted on a wall behind glass. I had always heard how small it was, and it was actually larger than I expected, though I’m not sure what all the fuss is about…she didn’t smile at me! Along with the Mona Lisa, we admired a variety of sculptures including Aphrodite, Phsche and Cupid, Captive, and Saint Mary Magdalene. We also simply enjoyed the architecture and design of the Louvre, both inside and out, as well as old and new. We followed the escalator out through the famous pyramid and posed for a few photos before we moved on to our next stop, Sainte-Chapelle. ...... (follow the instructions below for accessing the rest of this article).
This article is featured in the app "GPSmyCity: Walks in 1K+ Cities" on iTunes App Store and Google Play. You can download the app to your mobile device to read the article offline and create a self-guided walking tour to visit the attractions featured in this article. The app turns your mobile device into a personal tour guide and it works offline, so no data plan is needed when traveling abroad.