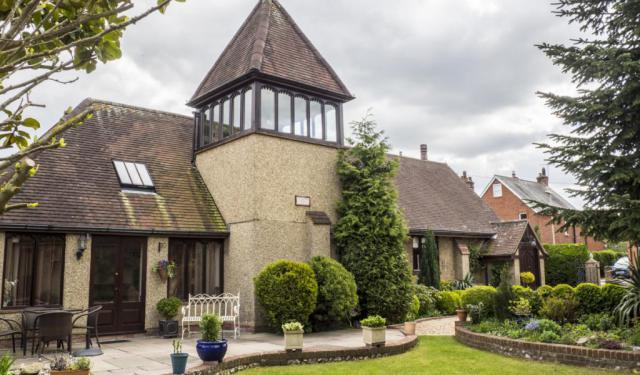 Alton in Hampshire - All about Jane?, Alton, England (B)

Jane Austen never lived in the small Hampshire town of Alton but she did visit the town regularly to shop, post letters, do her banking and catch the stage coach to London from its High Street.

Jane would have used the coaching facilities at what is the Swan Hotel today and she was also a member of the Alton Book Society that held its Annual General Meeting here. But Jane is not the only famous person to be associated with Alton, another well-known resident was Sweet Fanny Adams. Fanny Adams did actually exist but today she is more commonly associated with the phrase sweet fanny adams that translates as sweet nothing or very little. Her story is told in the Curtis Museum and her grave can be seen in the town’s cemetery on the Old Oldham Road.

Fanny Adams lived with her family in Alton. She was just eight years old when she was abducted in 1867 while playing in the village hop gardens with her sister and friend. Twenty-nine-year old Frederick Baker was subsequently arrested and charged with the murder of Fanny whose mutilated remains had been found scattered around the village. Baker was tried in Winchester. It did not take long for the jury to find him guilty and he was hanged in front of Winchester Jail in on Christmas Eve in 1867. Naturally such a shocking case attracted a lot of attention – some unwanted. Two years later when tins of mutton were added to the Royal Navy food rations sailors opening the tins announced that the contents were the remains of sweet Fanny Adams.  ...... (follow the instructions below for accessing the rest of this article).
This article is featured in the app "GPSmyCity: Walks in 1K+ Cities" on iTunes App Store and Google Play. You can download the app to your mobile device to read the article offline and create a self-guided walking tour to visit the attractions featured in this article. The app turns your mobile device into a personal tour guide and it works offline, so no data plan is needed when traveling abroad.