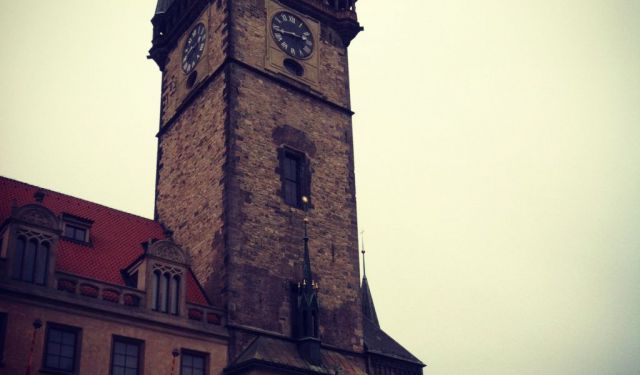 An Old City in Two Days, Prague, Czech Republic (B)

Praha, or “Prague,” to us English-speakers, is the capital of the Czech Republic (which I hope you already knew) and also a wonderful city to travel to. It is an accommodating, youth friendly city that hosts plenty of fun (all which can be accomplished in 48 hours)

For beer connoisseurs, or even mere dabblers, Prague is a great city to engage in a variety of brews. Not only is beer inexpensive, it is a beverage that holds an ancient history in this city (the first brewery known to exist was in 993).

Boasting 30 different beers on tap, the beer museum is an amazing place to go and indulge in a unique flavor. My personal favorite that I tried while there was the raspberry beer, it was absolutely delicious, I could barely take this picture of it before I chugged it down

Another great feature of the beer museum is their prices. All listed in their menu packet describing all the different flavors (available in multiple languages which is really nice) and sizes which they offer. It is truly fantastic, as one can try mini pints (probably about 1/2 or 1/3 of a pint in volume, I really don’t remember) of their different tap beers, so in case a unique flavor isn’t all that you hoped it would be, finishing it isn’t a big deal. ...... (follow the instructions below for accessing the rest of this article).
This article is featured in the app "GPSmyCity: Walks in 1K+ Cities" on iTunes App Store and Google Play. You can download the app to your mobile device to read the article offline and create a self-guided walking tour to visit the attractions featured in this article. The app turns your mobile device into a personal tour guide and it works offline, so no data plan is needed when traveling abroad.