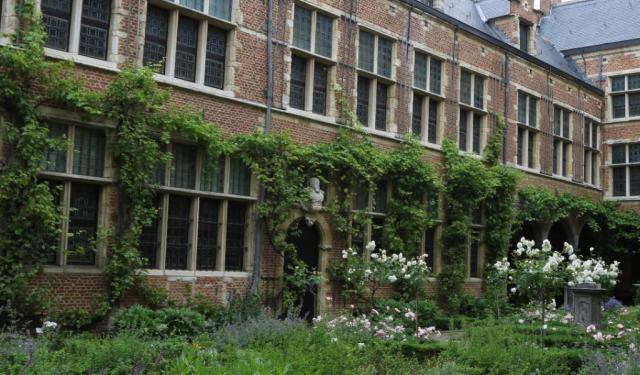 Antwerp: a Must for Book Lovers, Antwerp, Belgium (B)

If Gutenberg invented printing in 1450, it is Christophe Plantin (1520-1589) who set up the first industrial printing facility in 1555: the Officina Plantiniana in Antwerp. Autodidact, printer, publisher, manager, businessman, humanist, the Frenchman established a renowned publishing house that grew fast into a multinational with subsidiaries in Leiden and Paris. For about 300 years, the Plantin-Moretus’ had been on the forefront of publishing, and the family house has since then been turned into a wonderful museum where one can understand the process of printing, follow in the footsteps of the humanists, admire world’s oldest printing presses, marvel at Rubens’ portraits and at some precious books such as the Biblia Regia by Plantin and one of the few remaining Gutenberg Bibles in this UNESCO World Heritage Site, world’s first museum being awarded this status.

Christophe Plantin arrived in Antwerp from Tours, France when he was 30. He selected the city for its trade predominance, availability of the needed materials for printing and excellent craftmanship. Plantin selected religious texts of reference that were very much sought after in the northernmost Catholic city of the time. In the sixteenth century, publishing bibles was highly lucrative: Catholic theologians were constantly revising the text in the light of new scholarship. Whoever could print the most recently approved version first would make the most profit, and Plantin dominated the Bible market, printing in various book sizes and languages on high quality paper in his busy workshop with 16 printing machines and no less than 50 employees! ...... (follow the instructions below for accessing the rest of this article).
This article is featured in the app "GPSmyCity: Walks in 1K+ Cities" on iTunes App Store and Google Play. You can download the app to your mobile device to read the article offline and create a self-guided walking tour to visit the attractions featured in this article. The app turns your mobile device into a personal tour guide and it works offline, so no data plan is needed when traveling abroad.