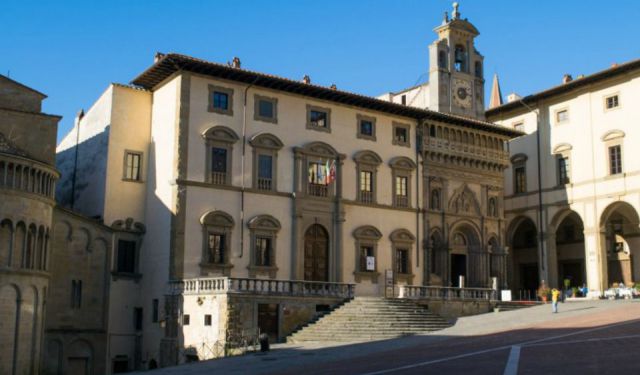 Arezzo, the Forgotten City of Tuscany, Arezzo, Italy (B)

There are few regions in Italy spoken of with such love as Tuscany. The name evokes mental images of rolling hills, historic villas and plenty of wine. The region also has some world-famous cities, with the likes of Florence and Siena. Even little Lucca gets the odd mention. And yet, there is one city that you hear very little about – Arezzo.

It’s hard to hone in on why Arezzo is overlooked. It has a strong historical and cultural pedigree of its own, much like its busier neighbours. The city sits in the region’s east at an important crossroads between many of Italy’s central regions. Most importantly, there’s actually quite a bit to see in Arezzo as well. But still, somehow, there’s not much love out there for this ancient city.

So in the hopes of shedding a little light on this ignored Italian city, here’s a look at the Tuscan city of Arezzo.

One look around the centre of Arezzo and you can tell the city has some serious history. As you near the centre you can see the remains of ancient city walls, and yet even they look young compared to the city’s history. Originally founded by the Etruscans, the city grew for centuries before the arrival of the Romans. ...... (follow the instructions below for accessing the rest of this article).
This article is featured in the app "GPSmyCity: Walks in 1K+ Cities" on iTunes App Store and Google Play. You can download the app to your mobile device to read the article offline and create a self-guided walking tour to visit the attractions featured in this article. The app turns your mobile device into a personal tour guide and it works offline, so no data plan is needed when traveling abroad.