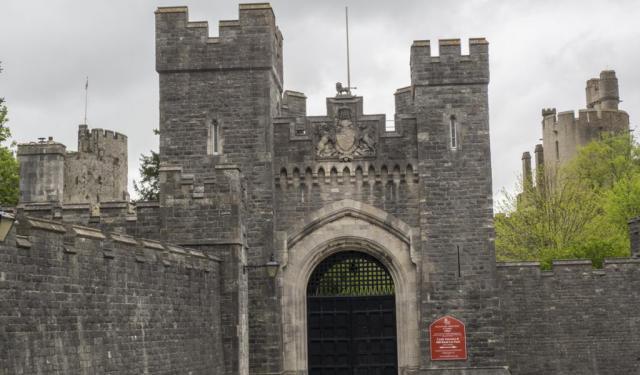 Arundel and its Castle - a West Sussex Gem, Arundel, England (B)

For centuries Arundel Castle guarded the River Arun below it. Today, resplendent on the hill above the town of Arundel its moat is empty, the portcullis is up and it welcomes all visitors.

Arundel in West Sussex has been dominated by the owners of its castle since Saxon times and the fortunes of both have been closely linked. The town prospered thanks to its port and market until the English Civil Wars when the castle changed hands three times and was reduced to a partial ruin. After the Civil Wars until the end of the eighteenth century Arundel was in a poor state. But by the turn of the nineteenth century this little market town was flourishing again. Although the port and markets had ceased to operate by the beginning of the twentieth century the advent of a station on the Brighton to Portsmouth railway line brought visitors to the town that was fast becoming a popular tourist destination in part due to a complete restoration of its castle.

A Blackfriars Dominican Friary was founded in Arundel during the first half of the thirteenth century. As the Dominicans liked to be close to the people they were preaching to it was built by the River Arun. Here they were near both the port and the market, both prospering during the Middle Ages. Following the dissolution of the monasteries in 1538 its buildings were used for other purposes including a timber yard and a malt house. The sixteenth Duke of Norfolk gave the ruins of the Friary to the town in 1935. More information about the history of Arundel can be found in the Arundel Museum close to these ruins. ...... (follow the instructions below for accessing the rest of this article).
This article is featured in the app "GPSmyCity: Walks in 1K+ Cities" on iTunes App Store and Google Play. You can download the app to your mobile device to read the article offline and create a self-guided walking tour to visit the attractions featured in this article. The app turns your mobile device into a personal tour guide and it works offline, so no data plan is needed when traveling abroad.