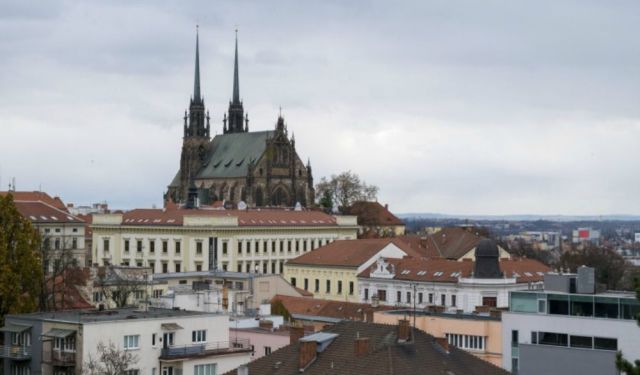 Back in Brno for November, Again, Brno, Czech Republic (B)

For the last two Novembers, I’ve found myself in the Czech city of Brno. Last year I was visiting as part of my first time exploring the Czech Republic. This year it was simply a day trip from Vienna to show some people around. While November may not have the most pleasant weather, it aligns well with the coming of Christmas and the markets it brings. Aside from that, you still have a chance to take in the city’s sights as many were when I was recently there. Turns out, November is a pretty good time of year to visit the city of Brno.

First up, a little about Brno. The city of Brno is the second largest city of the Czech Republic and the capital of the South Moravia region. It was established as a city in 1243 and became the capital of the Margraviate of Moravia. A Margrave is effectively the local equivalent of a Marquess, basically someone in charge of a borderland region. While this may seem a rather ignoble, Brno remained quite important to the Kingdom of Bohemia and managed to repel countless attackers during the troublesome 15th and 17th centuries. ...... (follow the instructions below for accessing the rest of this article).
This article is featured in the app "GPSmyCity: Walks in 1K+ Cities" on iTunes App Store and Google Play. You can download the app to your mobile device to read the article offline and create a self-guided walking tour to visit the attractions featured in this article. The app turns your mobile device into a personal tour guide and it works offline, so no data plan is needed when traveling abroad.