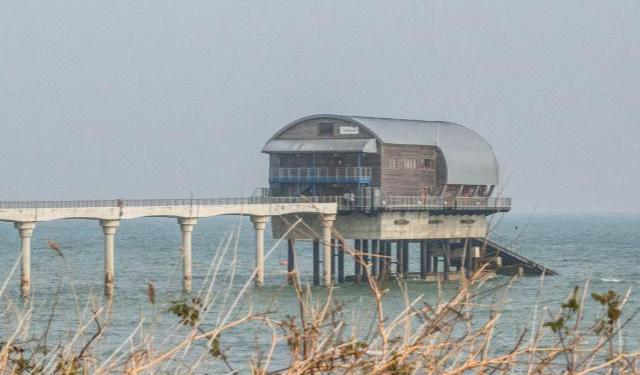 Bembridge, the Best Village on the Isle of Wight, Bembridge, England (B)

Bembridge has the reputation of being both the biggest village in England and the best village on the Isle of Wight. I was excited at the prospect of finding out more about it.

Bembridge Village sprawls around the most easterly coastline of the Isle of Wight in an area known as South Wight. A population of approximately four thousand supports its claim to be the largest village in England. It has a harbour, three beaches and its own airport. The three contrasting beaches, Lane End, the Ledge and Bembridge Beach offer very different experiences to its visitors. I started on the Lane End. This area, in the east of the village mainly consists of modern bungalows and a small shopping area. Lane End goes right down to the beach of the same name, home of the Bembridge Lifeboat Station.

Although it was only opened in 2010 the natural timber building, at the end of a long walkway, that houses the Bembridge Lifeboat has already become a much photographed and iconic structure on the Isle of Wight. This RNLI station is close to the notorious Bembridge Ledge a large and dangerous rocky outcrop that is exposed at low tide. As this is a discover RNLI station it is open to the public most afternoons. Here, in its small museum visitors can learn more about the history of the RNLI and the boats that have been stationed here. This lifeboat station replaced the original Victorian boathouse that is now being used as the lifeboat station’s shop. The walkway also affords lovely views of the coastline around Bembridge. ...... (follow the instructions below for accessing the rest of this article).
This article is featured in the app "GPSmyCity: Walks in 1K+ Cities" on iTunes App Store and Google Play. You can download the app to your mobile device to read the article offline and create a self-guided walking tour to visit the attractions featured in this article. The app turns your mobile device into a personal tour guide and it works offline, so no data plan is needed when traveling abroad.