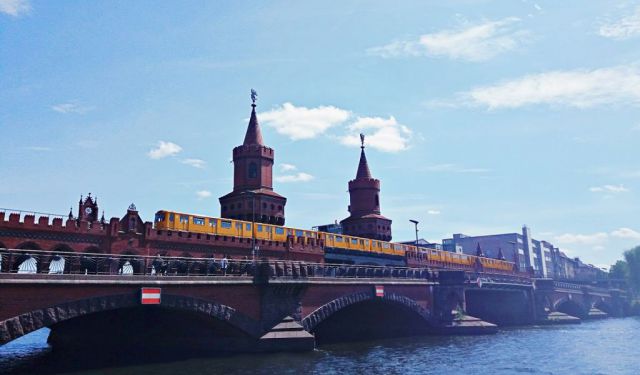 I always hated how some bloggers sound pretentious starting their blog posts with “everybody asked me to write about (some random topic), so finally here it is”. That’s why I was super hesitant to start in the same manner; but I can list at least several people who did ask me to post a detailed Berlin guide they could pass on to their friends traveling to the city. So okay, it wasn’t “everybody”, but it still made me feel so humble at times. And so—here it is. (Self-cringe!)

I love Berlin. I think that’s quite clear to anyone who has been around Wandering Polka Dot. But what now is an intense love started out not so great. Actually, I even wrote here a million years ago that Berlin didn’t sweep me off my feet, as I had anticipated. So many people told me I would love it, and when it didn’t happen in an instant, I felt confused. The architecture was meh, the feeling of, say, a great metropolis such as London was missing.

What is it that awesome about this city and why don’t I see it? I had to detach for a while—literally. I moved to another country and then a few months later came back. This time it all struck me. All the layers. ...... (follow the instructions below for accessing the rest of this article).
This article is featured in the app "GPSmyCity: Walks in 1K+ Cities" on iTunes App Store and Google Play. You can download the app to your mobile device to read the article offline and create a self-guided walking tour to visit the attractions featured in this article. The app turns your mobile device into a personal tour guide and it works offline, so no data plan is needed when traveling abroad.