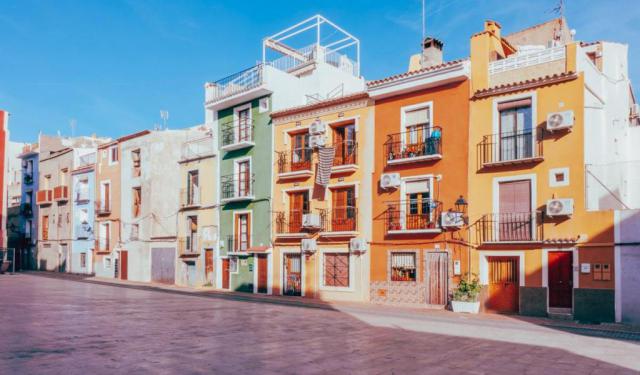 Best Things to Do in Alicante – Ultimate Guide, Alicante, Spain (B)

Alicante is quiet medium-sized capital of Costa Blanca, the famous Mediterranean coastline of Spain. The city has its own character, which, combined with climate, historical heritage, and natural wonders, became a go-to destination for many locals and foreigners. Who would say no to 18 C and 3,000 hours of sun per year when it’s gloomy elsewhere in Europe? I dought anyone would. So, here’s my guide for some of the best things to do in Alicante for three full days.

As I already mentioned, Alicante is the capital of Costa Blanca, located on the east coast of Spain. The area is full of small and medium-sized coastal towns like Benidorm, Javea, Caple, Torrevieja, Villajoyosa, and Altea, to name just a few.

Alicante is well connected with the rest of Spain and many European countries. It is also a port city, so there are several options on how to get to Alicante. Alicante airport, Elche, serves international and domestic flights. Try finding the cheapest airline tickets at Vueling, Spanish low-cost airline. I flew from Barcelona, and my two-way ticket was about $55, but you can even less expensive if you plan your trip in advance.  ...... (follow the instructions below for accessing the rest of this article).
This article is featured in the app "GPSmyCity: Walks in 1K+ Cities" on iTunes App Store and Google Play. You can download the app to your mobile device to read the article offline and create a self-guided walking tour to visit the attractions featured in this article. The app turns your mobile device into a personal tour guide and it works offline, so no data plan is needed when traveling abroad.