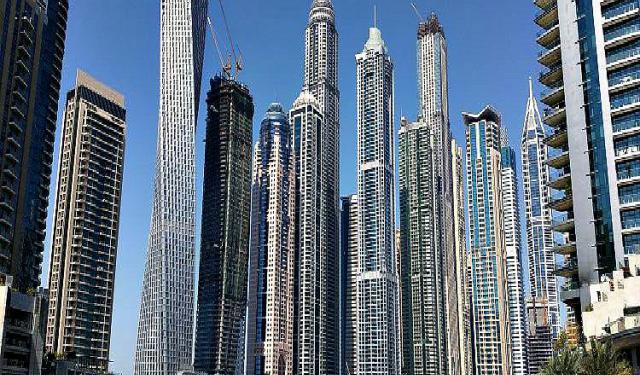 Best Things to Do in Dubai, Dubai, United Arab Emirates (B)

Dubai is known for luxury, modern architecture, the Burj Khalifa and the world's most luxury hotel Burj Al Arab. The city develops really fast and there are so many impressive things to do in Dubai.

The Dubai Mall was the first stop on my sightseeing tour. I think you can spend already three days only exploring the mall and its surrounding. It is huge, based on total area even the largest one in the world.

Inside the mall is the world largest aquarium, an ice rink, more than 1.200 shops, an indoor theme park and much more.

Enjoy unforgettable views over Dubai from the observation deck of the iconic record breaking Burj Khalifa, the world's tallest building.

Handy hint: It is cheaper when you reserve the tickets to the Burj Khalif Observation Deck in advance. You can collect them at the Prepaid Ticket Counter by Dubai Mall's.

Sunset beach is located next to the famous, world's most luxurious hotel Burj Al Arab - probably one of the most photographed landmarks of the city. The beach is a great place if you want to escape from the city life or need some time to process all the new impressions. ...... (follow the instructions below for accessing the rest of this article).
This article is featured in the app "GPSmyCity: Walks in 1K+ Cities" on iTunes App Store and Google Play. You can download the app to your mobile device to read the article offline and create a self-guided walking tour to visit the attractions featured in this article. The app turns your mobile device into a personal tour guide and it works offline, so no data plan is needed when traveling abroad.