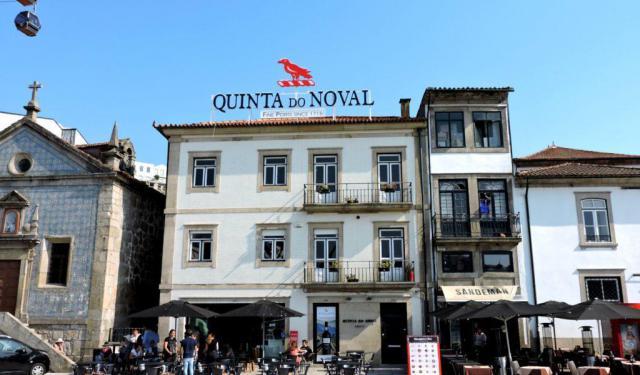 Porto is the second largest city in Portugal, famous for its steep hills, old city charm and of course Port wine. Lisbon might be the more popular city in Portugal to visit, but there are many things to do in Porto making it a great European destination. While Porto shares many similarities with Lisbon ( here ), it has more of an old city charm than the more modern Portugal’s capital.

The city is built on the steep bank of Douro River, which means one thing : you can’t escape the hills of Porto. When you find yourself unable to brave yet another hill or a staircase, Funicular dos Guindais comes to the rescue. For € 2.5 it will transport you from the Ribeira neighborhood to the top of the city.

While Porto is yet to see the crowds of other European destinations, people’s interest in this charming Portuguese city is definitely on the rise. Something that is still very welcomed in the city. The spike in tourism helped bring back the city up from the financial slump of 2011. In 2017 Porto was named one of hot new European destinations to visit ( along with Milan and Wroclaw ), which brought some much deserved attention. ...... (follow the instructions below for accessing the rest of this article).
This article is featured in the app "GPSmyCity: Walks in 1K+ Cities" on iTunes App Store and Google Play. You can download the app to your mobile device to read the article offline and create a self-guided walking tour to visit the attractions featured in this article. The app turns your mobile device into a personal tour guide and it works offline, so no data plan is needed when traveling abroad.

Create Your Own Self-Guided Walks in Porto
Guide Name: Best Things to Do in Porto, Portugal in 3 Days
Guide Location: Portugal » Porto
Guide Type: Self-guided Walking Tour (Article (B))
Author: Aga Goodman
Read it on Author's Website: https://www.travelingwithaga.com/best-things-to-do-in-porto-portugal-in-3-days/
Sight(s) Featured in This Guide:
Where To Stay in Porto, Portugal - Guide of Best Areas and Hotels