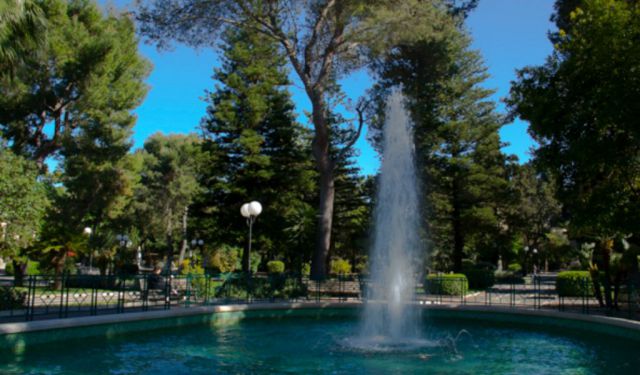 I gazed into a familiar green face way above me framed by an azure blue sky – I was in Piazza Sant’Oronzo in Lecce and it was Sant’Oronzo (Saint Horace) who I had already met in Ostuni and who is also the patron saint of this town. This column was a gift from the nearby city of Brindisi one of several cities in Puglia that worship Sant’Oronzo as their saviour from plague and famine. It was one of a pair that stood in the centre of Brindisi to mark the end of the Appian Way’Oronzo in Piazza San’Oronzo in Lecce, Puglia, Italy)! Way that ran from Rome to the south of Italy. Sant’ Oronzo was the first Christian bishop and was based in Lecce before he became their patron saint. Italy takes great pride in its’ patron saints and celebrations are held every year to honour them. I was sorry I would not be in town for this event that takes place in August and lasts three days with illuminations, processions and concerts.

Beside me was the Roman Amphitheatre and although it was closed and I could not descend to its level I was able to see everything from the square. It was built in the second century and could seat more than 25,000 people. The theatre is still used today for religious and cultural events in the city. ...... (follow the instructions below for accessing the rest of this article).
This article is featured in the app "GPSmyCity: Walks in 1K+ Cities" on iTunes App Store and Google Play. You can download the app to your mobile device to read the article offline and create a self-guided walking tour to visit the attractions featured in this article. The app turns your mobile device into a personal tour guide and it works offline, so no data plan is needed when traveling abroad.