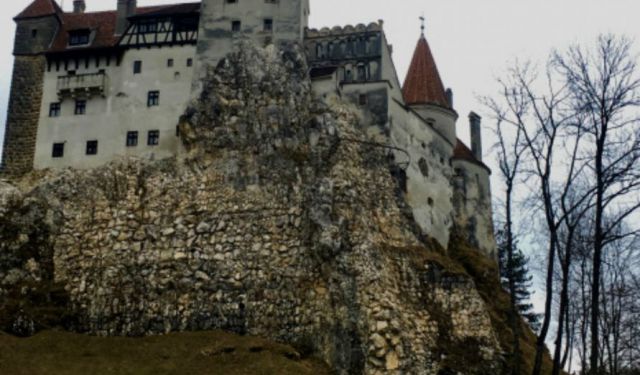 If you are making a stop in Bucharest on your European travels, it goes without saying that you’re thinking about making a day trip to visit Bran Castle, also known as Dracula’s Castle, which is a day trip from the city. Another beautiful castle on the way to Bran is Peles, and being the crazy, ambitious, travelers that we are, we combined both into one huge day trip out of Bucharest. If you want to do the same – read on. I will explain in great detail how to do these trips on your own so you don’t have to shell out €80 on a guided tour (BECAUSE TRUST ME IT AIN’T WORTH IT!)

Wake up early. Like, really early. If you are trying to cram in these two castles, you’re gonna need to give yourself enough time to make it to both before they close (which is 5pm in the winter season, 6pm in summer)

Go to the Gara du Nord Bucharest train station and buy tickets to Brasov (about €10 one-way) and get an early train. Timetables can be found online – we took the 7AM train which gave us just enough time to do both these castles in one day, but there are a few trains offered earlier if you want to get an even bigger head-start on the day. Pick an “IR” not “R” train – as they are the faster, regional train. ...... (follow the instructions below for accessing the rest of this article).
This article is featured in the app "GPSmyCity: Walks in 1K+ Cities" on iTunes App Store and Google Play. You can download this article for FREE and read it offline on your mobile device.