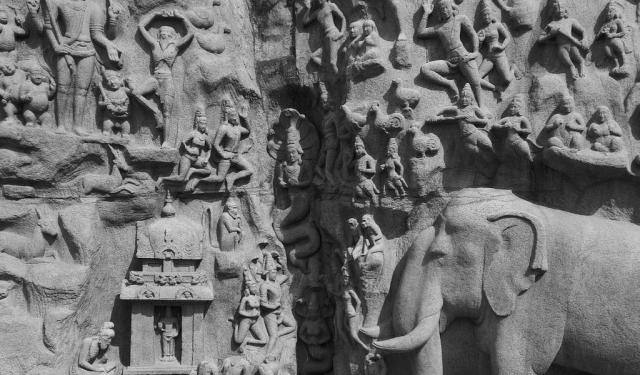 To be honest, India is not one of the countries high on my travel list. I guess it’s because Malaysia has a sizable Indian population with Tamil roots so I have been exposed to a fair amount of Indian culture. However, I couldn’t pass up the chance to go there when my father-in-law asked me to join him on a four day trip to the southern Indian state of Tamil Nadu last June. We flew to the capital Chennai for a city adventure on a tuk-tuk before embarking on a day trip to the UNESCO World Heritage Site of Mahabalipuram and the former French colony of Pondicherry. Here’s what you can do while in Tamil Nadu.

Every city has their own local hero but none is more revered than the late Dr M.G. Ramachandran. Fondly known as M.G.R., the legendary Chennai-born and made movie star later became the Chief Minister of Tamil Nadu for three successive terms before his death in 1987. A grand memorial was built in his honor where he was also laid to rest. The sprawling grounds at Marina Beach are beautifully manicured while his tomb is accompanied by the burning of an eternal flame. Don’t be surprised to meet Indians who traveled hundreds of miles to pay tribute to the greatest Tamil hero of the 20th century. ...... (follow the instructions below for accessing the rest of this article).
This article is featured in the app "GPSmyCity: Walks in 1K+ Cities" on iTunes App Store and Google Play. You can download the app to your mobile device to read the article offline and create a self-guided walking tour to visit the attractions featured in this article. The app turns your mobile device into a personal tour guide and it works offline, so no data plan is needed when traveling abroad.