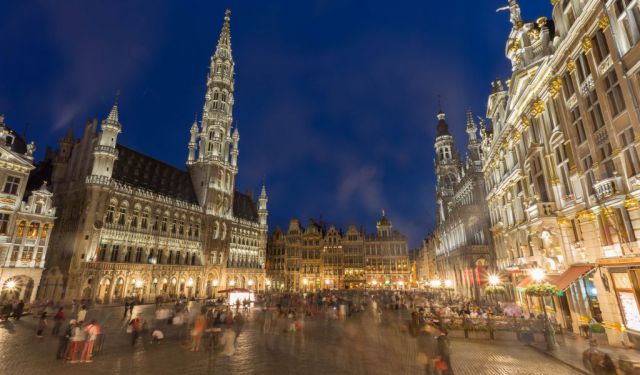 Brussels: Historic and Hip, Bureaucratic and Bizarre, Brussels, Belgium (B)

As Lonely Planet puts it: “Brussels is historic yet hip, bureaucratic yet bizarre, self-confident yet unshowy, and multicultural to its roots.”

Many visitors to Belgium limit their time to Brussels, which is where they almost all arrive. The city is a hub of transportation in Western Europe, with flights to all over the world and high-speed train connections to Amsterdam, Paris, London and beyond. It’s extremely easy to get to Brussels, so there really is no reason not to stop and pay a visit. Additionally, virtually every city in Belgium can be reached by public transportation from Brussels as well—fascinating old cities such as Antwerp, Bruges, Leuven and Ghent are no more than about an hour away.

Brussels may have a reputation of being a rather boring, bureaucratic capital city—it is, after all, the headquarters of NATO, the European Union and many other European institutions—it also has some fantastic attractions, world-class museums and unique architecture.

Located pretty much on the border between efficient Germanic northern Europe and laidback Romance southern Europe, Belgium’s largest city features a great mix of cultures. Add to that an undeniable African influence in certain areas, which dates from the days of the Belgian Congo, and you have a lively and charming city. ...... (follow the instructions below for accessing the rest of this article).
This article is featured in the app "GPSmyCity: Walks in 1K+ Cities" on iTunes App Store and Google Play. You can download the app to your mobile device to read the article offline and create a self-guided walking tour to visit the attractions featured in this article. The app turns your mobile device into a personal tour guide and it works offline, so no data plan is needed when traveling abroad.