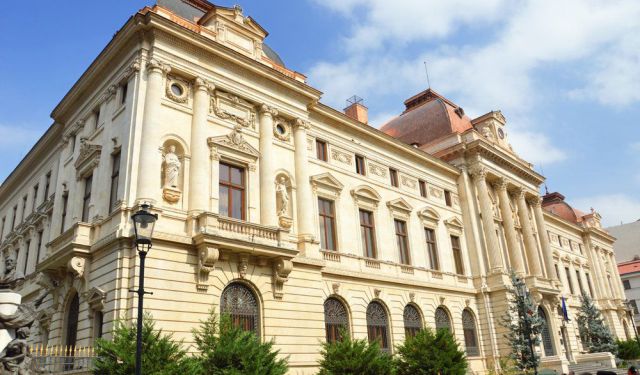 Bucharest - The Real "Paris of the East", Bucharest, Romania (B)

Bucharest was the last place on our itinerary in Romania, right before heading more east - to the mysterious and least visited capital in Europe - Chisinau (soon I'll write a post about it). Unfortunately, this time we didn't have a chance to make it to the Romania's Black Sea coast and the resort city - Constanta, although we initially had planned to do so.

Having visited somehow fairy tale-like scenery of the medieval towns in Transylvania, Bucharest seemed a lot pretty bleak at first. More rough, grey and heavy. Hundreds of concrete blocks everywhere, the overall landscape filled with brutalist architecture. But there is one place in Bucharest that lets you escape the gloomy, communist atmosphere - the Old Town. And this Old Town is pretty special. Many cities have been called the "Paris of the East". However, Bucharest Old Town is the only one that truly reminds of the French capital the most, in my opinion.

After a long way from Transylvania, we entered Bucharest at night. The city looks somehow cozier and more friendly after dark than it did the next morning. There was also one thing that stood out and grabbed my attention. Apart from the ubiquitous concrete blocks, there were beautiful villas squeezed here and there in between the hideous, heavy constructions. Those mansions reflected various architectural styles - from European - typical of the former Austro-Hungarian Empire to more of the oriental design and even, at times they revealed an Ottoman touch. If they were all cut out of this chaotic landscape and put side by side together, they would create a beautiful, elegant district. ...... (follow the instructions below for accessing the rest of this article).
This article is featured in the app "GPSmyCity: Walks in 1K+ Cities" on iTunes App Store and Google Play. You can download the app to your mobile device to read the article offline and create a self-guided walking tour to visit the attractions featured in this article. The app turns your mobile device into a personal tour guide and it works offline, so no data plan is needed when traveling abroad.