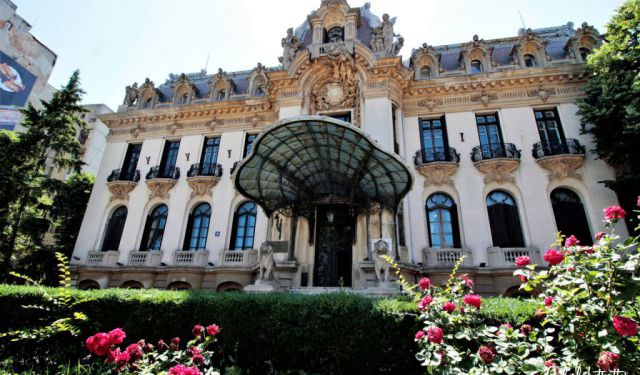 Bucharest. A sprawling capital city with over 500 years of fascinating history and culture, blending old crumbling buildings with new, hip cafes and shops. Wait, are you sure I didn’t mean Budapest? Yes, I’m sure. Wouldn’t want to mix up the two cities like Michael Jackson did during his visit in 1992. But to find these cool and fascinating places, you have to break out your investigative skills.

After two days in Bucharest, I felt like Harriet the Spy. I had to research like crazy for interesting sights to see. I bought a few tour guide books. I spoke with a local travel blogger friend, Vlad from Eff It, I’m on Holiday and I made friends with the guy at our hotel. I wanted to see anything and everything. I wanted to fall in love with this beautiful city.

Visiting this massive, busy, chaotic and aesthetically pleasing city stunted by several decades under communist rule will be unlike many other European capitals which are polished, pretty and pompous. And what I discovered while exploring the city is that Bucharest is not for lazy tourists. Everything is spread so far out, many things are hidden in plain sight behind crumbling facades or narrow passages, giving it that cool, hipster feeling you might find in Berlin. And surprisingly, Bucharest is often nicknamed the “Paris of Eastern Europe” for it’s classical feel, lovely parks, cafes and nightlife as well as the fact that it was literally modeled after Paris. ...... (follow the instructions below for accessing the rest of this article).
This article is featured in the app "GPSmyCity: Walks in 1K+ Cities" on iTunes App Store and Google Play. You can download the app to your mobile device to read the article offline and create a self-guided walking tour to visit the attractions featured in this article. The app turns your mobile device into a personal tour guide and it works offline, so no data plan is needed when traveling abroad.