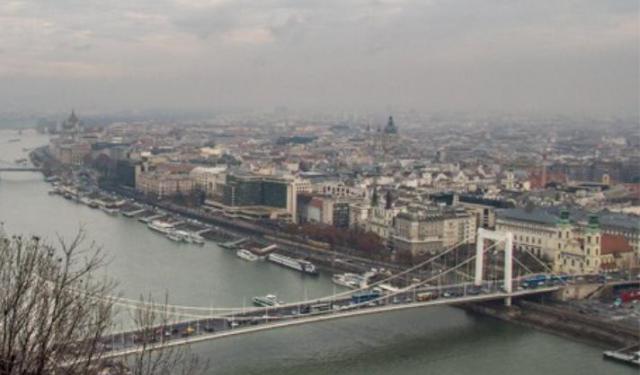 The ancestors of the modern Hungarians are the Magyars who migrated from the Urals in 896. Hungary crowned its first King, Stephen, in 1000. The country, becoming one of the largest monarchies, flourished under King Mátyás ’ rule from 1458-90. The Ottomans, however, captured Buda in 1541 and made it the capital of Ottoman Hungary. To quell their advance, Habsburg led Austria occupied western Hungary. In 1686 Christian armies led by the Habsburg finally defeated the Ottoman. After 150 years, a major uprising 1848 caused Emperor Franz Joseph to unite the two nations creating the Dual Monarchy of Austro-Hungary in 1867. Following World War I, Hungary lost two-thirds of its territory to Yugoslavia, Czechoslovakia and Romania. In order to regain these territories, Hungary joined Germany in World War II. Unfortunately, during December of 1944 through January 1945, Budapest came under siege as the German fought the Russians.

The Russians freed the Jews and as our tour guide put it, we were free for a day before being occupied for the next 45 years! A strict communist party ruled through the 1950’s and 1960’s. Borders were closed and people were not allowed to leave. Hungary had a two-color passport system. A red passport allowed citizens to travel to other socialist countries. The blue passport, which was basically never issued, granted the people access to western states. People lived in fear as secret police infiltrated the communities. Peaceful protestors were gunned down by the soviet army in what turned out to be the 1956 uprising. The people lost this battle, but soft communism soon ruled and people were allowed to travel, though sometime they had to wait 10-12 hours at the border to be checked for no western wares. It wasn’t until 1989 that Hungary won its freedom and a new government was elected in 1990. ...... (follow the instructions below for accessing the rest of this article).
This article is featured in the app "GPSmyCity: Walks in 1K+ Cities" on iTunes App Store and Google Play. You can download the app to your mobile device to read the article offline and create a self-guided walking tour to visit the attractions featured in this article. The app turns your mobile device into a personal tour guide and it works offline, so no data plan is needed when traveling abroad.