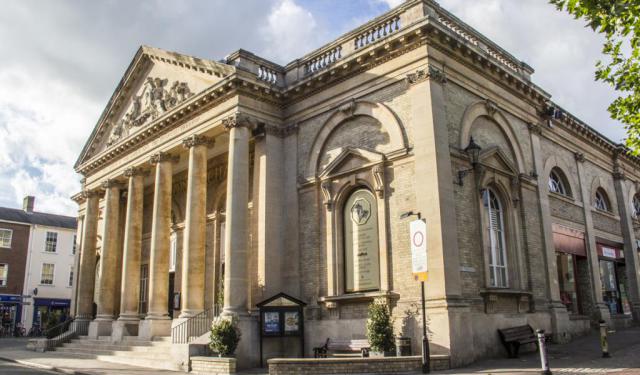 Renowned as a cathedral city, the Suffolk town of Bury St Edmunds was built on the Medieval pattern with two distinct squares, God’s Square and the People’s Square. At first the Abbot controlled both but over the centuries the two have gone their separate ways. Today, although there is still a geographical separation there is a pleasing harmony between the two. Entertainment has always been a popular theme with the people of Bury St Edmunds and Theatre Royal Bury St Edmunds was the first of several very interesting places I visited in the People’s Square.

Imagine over seven hundred unwashed bodies crammed into a small theatre. Only three water closets available; tallow candles burning for illumination and flares of powdered lime for spotlights. Performances would start late evening and last for four or five hours. Everyone knew their place and had their own entrance – gentry in the dress circle and upper dress circle, middle class in the stalls on benches and working class standing in the gods. It was hot and smelly but it was the place to be in town. This was the picture Stephen Moody painted for me on my tour of the theatre. This theatre first opened in 1819 and is still popular to this day. In 2007 the theatre was restored to its original Regency splendour, the only one in the UK. The capacity has been greatly reduced thanks to the addition of sixty-five seats in the gods where originally one hundred and twenty people would have been squashed together. The fights that erupted up there simply added to the entertainment of the evening.  ...... (follow the instructions below for accessing the rest of this article).
This article is featured in the app "GPSmyCity: Walks in 1K+ Cities" on iTunes App Store and Google Play. You can download the app to your mobile device to read the article offline and create a self-guided walking tour to visit the attractions featured in this article. The app turns your mobile device into a personal tour guide and it works offline, so no data plan is needed when traveling abroad.