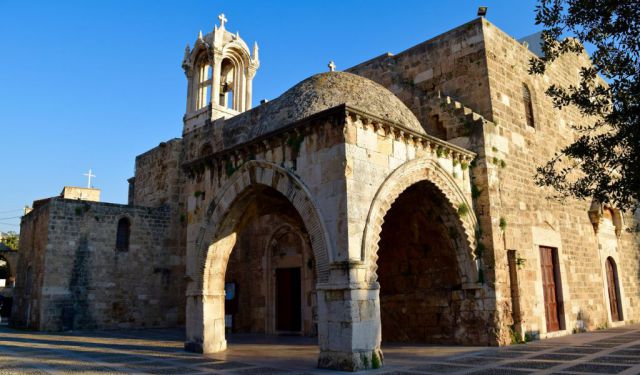 First inhabited over 5,000 years ago, the port city of Byblos is one of the oldest continuously inhabited settlements in the world. Closely associated with the history and propagation of the Phoenician alphabet, Byblos was declared a UNESCO Heritage Site in 1984.

If you want to explore the Phoenician past of Lebanon, you can't miss a visit to this ancient city!

Byblos, also called Jbeil in Arabic by most people in Lebanon, is located about an hour north of Beirut, following the Mediterranean coast.

There are frequent and very cheap buses that leave from Beirut’s Cola intersection and will leave you at the entrance of the city, however, the most comfortable method of transportation is the taxi.

Taxis in Lebanon are not very expensive, so if you’re travelling in a group, it’s definitely worth it, and of course, faster. You will have taxi drivers asking you constantly if you need a ride (especially if you look like a tourist), so it should be easy enough to negotiate a trip to Byblos. Uber also works in Lebanon, so if you have Internet access, that’s another alternative. A trip to Byblos shouldn’t cost more than $20-25.  ...... (follow the instructions below for accessing the rest of this article).
This article is featured in the app "GPSmyCity: Walks in 1K+ Cities" on iTunes App Store and Google Play. You can download the app to your mobile device to read the article offline and create a self-guided walking tour to visit the attractions featured in this article. The app turns your mobile device into a personal tour guide and it works offline, so no data plan is needed when traveling abroad.