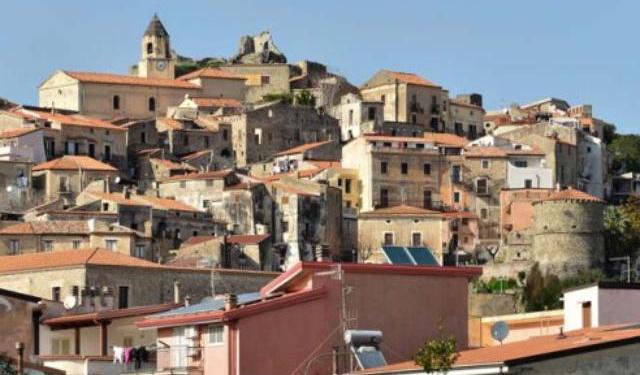 Calabria’s enticing Scalea in Southern Italy is always a great treat to enjoy with family and friends, especially when they’ve travelled from England. But Scalea is not just about the Gelato… And, also about the remarkable history that envelops this town including its gorgeous Old Town.

From Cosenza, it’s almost a two-hour drive until you reach Scalea. But first, the drive to Paola sees you swerving around steep hills for an hour, before descending down to Paola and the beautiful Tyrrhenian coast, then on to Scalea. This last part of the drive really does offer a pleasant coastal seascape, which always seems to be becalmed when I visit. As I’ve published another post on Scalea, I’ve included a little history but mostly photos for your delectation in this post.

Scalea’s history is colourful as is Calabria’s history. For centuries, merchants from around the world stopped in Scalea to trade their goods in the Byzantine port. Latin Philosophers also used Scalea as their stomping ground as did the Greeks, which didn’t stop at only colonising Sicily, but instead continued to filter throughout southern Italy. ...... (follow the instructions below for accessing the rest of this article).
This article is featured in the app "GPSmyCity: Walks in 1K+ Cities" on iTunes App Store and Google Play. You can download the app to your mobile device to read the article offline and create a self-guided walking tour to visit the attractions featured in this article. The app turns your mobile device into a personal tour guide and it works offline, so no data plan is needed when traveling abroad.