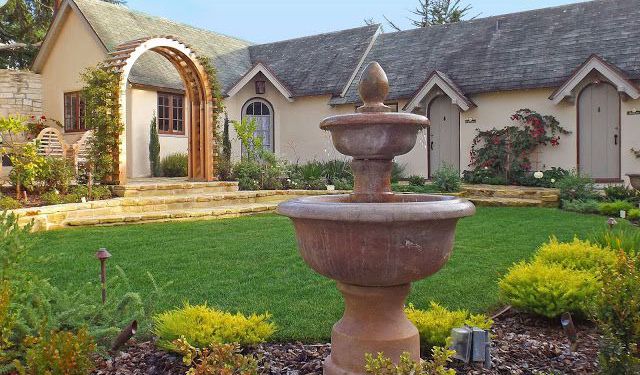 Happy Landing Inn was originally constructed by master builder M. J. Murphy in 1926 as a private home for two San Jose families, the Leeb's and the Blauer's. The building permit estimated the cost to build this home in 1926 at $11,000.

The June 5, 1926 edition of the Peninsula Daily Herald described the home this way: "... unique in design, and is built in three separate parts. In front facing the west, is a large living room, with dining room and kitchen on the north. The living room is large with beamed ceilings and a fine rock fireplace.

and the one on the south for the Leets. There are four bedrooms in each cottage with standard bathrooms and showers and built in dressers."

During the 1930's the compound was sold to Velma Craig who used the property as her personal residence and at times as a boarding house. In 1975 the property was sold the the Thorngate family who began running the property as the Happy Landing. ...... (follow the instructions below for accessing the rest of this article).
This article is featured in the app "GPSmyCity: Walks in 1K+ Cities" on iTunes App Store and Google Play. You can download the app to your mobile device to read the article offline and create a self-guided walking tour to visit the attractions featured in this article. The app turns your mobile device into a personal tour guide and it works offline, so no data plan is needed when traveling abroad.