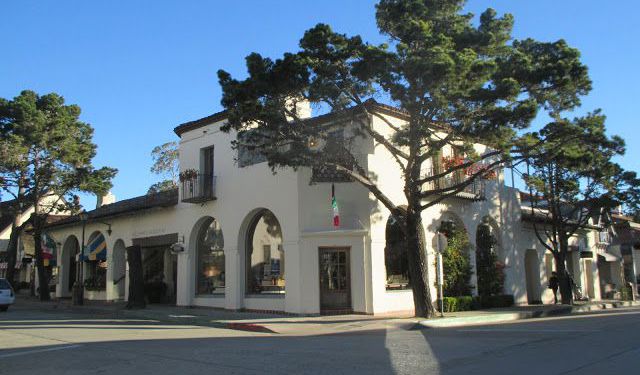 West Side of Monte Verde Between Ocean and Seventh Attributes: Pet Friendly, Breakfast, On Site Parking

As can be noted from the 1924 Sanborn map there was a structure built at the southwest corner of Ocean and Monte Verde labeled the Monte Verde Apartments. According to A Tribute to Yesterday (p. 96), it was a "wooden home-style structure known as Hotel El Monte Verde," run by owner Mary L. Hamlin. In 1925 the property was sold to Ethel P. Young and managed by Mrs. Young's daughter, Virginia Stanton. Mrs. Stanton was married to Monterey peninsula builder and architect, Robert Stanton. Mrs. Stanton was also the first president of Carmel Heritage Society in 1984. But I digress. ...... (follow the instructions below for accessing the rest of this article).
This article is featured in the app "GPSmyCity: Walks in 1K+ Cities" on iTunes App Store and Google Play. You can download the app to your mobile device to read the article offline and create a self-guided walking tour to visit the attractions featured in this article. The app turns your mobile device into a personal tour guide and it works offline, so no data plan is needed when traveling abroad.