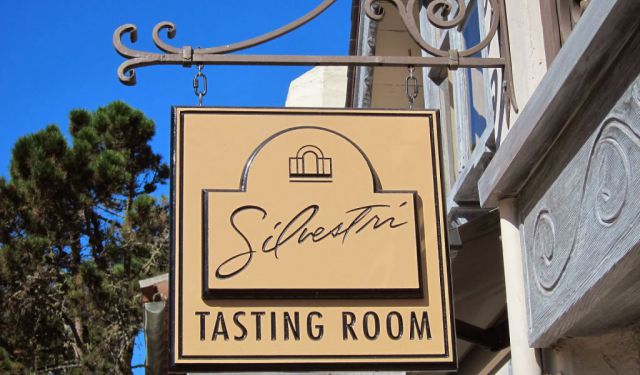 Except for Scheid, the last seven wine rooms described in this blog post comprise the largest concentration of wine rooms in Carmel.

Of the fourteen wine rooms on the Passport, eight are located in one downtown city block. Not that Carmel-by-the-Sea is proud of this. It just happens to be how things worked out. We now have laws on the books making this impossible to happen again.

Personally I am not worried about too many wine rooms. I enjoy each one of them for what they offer. And frankly it is all about supply and demand. Eventually things will shake out as they should. In the meantime here are the last seven wine rooms on the Carmel Wine Passport. ...... (follow the instructions below for accessing the rest of this article).
This article is featured in the app "GPSmyCity: Walks in 1K+ Cities" on iTunes App Store and Google Play. You can download the app to your mobile device to read the article offline and create a self-guided walking tour to visit the attractions featured in this article. The app turns your mobile device into a personal tour guide and it works offline, so no data plan is needed when traveling abroad.