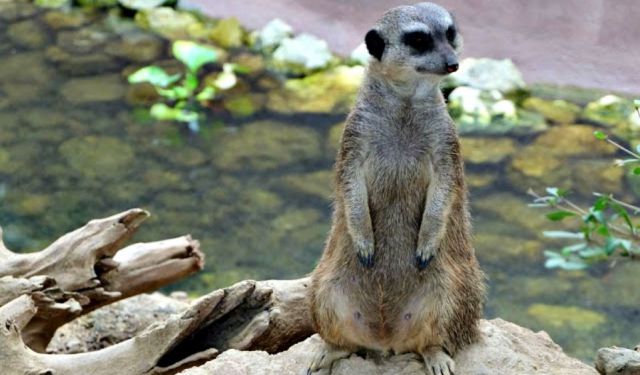 Around the second half of 2017, I heard a safari was in the works somewhere in the mountains of northern Cebu. After many many delays, Cebu Safari and Adventure Park finally opened (on an advance reservation and advance payment basis) in early 2018. Not wanting to get caught and be kept in the safari myself, I put on my Crocodile Hunter disguise and combed my mustache before entering the safari.

After a briefing at the Welcome Pavilion, we stopped to smell the thousands of orchids at Michel's Garden and the flowery serpent-dinosaur-peacock near Michel's Pavilion.

From Michel's Pavilion we chose a counter-clockwise direction around the Safari. On our way to the Tiger Turf, we saw peacocks and peahens, and a number of deer and black bucks. The peacocks weren't in a flirtatious mood thus no display of their beautiful tail feathers. I didn't see the Visayan warty pig though it was supposed to be around the area. Maybe I should have just looked in the mirror!

In the Tiger Turf, one tiger was playing with a coconut in the pond, and another was licking its lips observing the people observing him. Just kidding. He wasn't hungry, but he sure was staring at us. What I really wanted to see was the white tiger, but he probably knew I was coming and had decided to hide. (The Safari has, if I remember right, a dozen Bengal tigers and one white tiger. Not all of the tigers are let out all at once. If you want to see the white tiger, just ask the Tiger Turf staff for the schedule.) ...... (follow the instructions below for accessing the rest of this article).
This article is featured in the app "GPSmyCity: Walks in 1K+ Cities" on iTunes App Store and Google Play. You can download this article for FREE and read it offline on your mobile device.