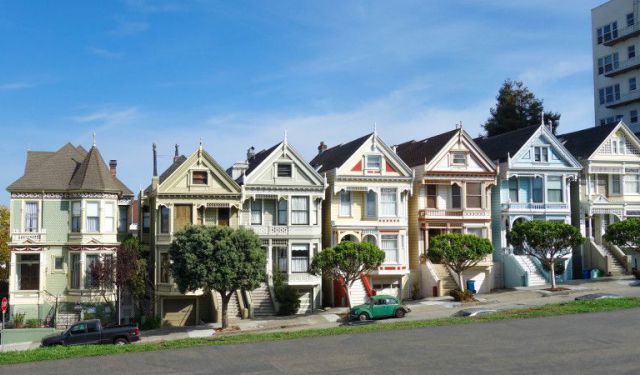 It’s an east coast meets west coast, European city on the Pacific with an eternal springtime, it’s a port town with a rich, yet comparatively recent history. Each neighborhood carries with it a distinctive architecture and atmosphere. Foreign languages hum on the sidewalks, in cafés and in restaurants.

Despite its delightful weather and inviting architecture, San Francisco is as international and sophisticated as it is wrought with a very palpable problem of homelessness en masse and drug addiction in the streets. Young and old, shoed and barefoot, you will see—see people who do not appear to be aware that they are among your world, conversing with the invisible, sleeping in parks or on the sidewalks. It’s a very sad and real part of the SF populous.

September and October are the summer months in San Francisco. Still, it’s an pleasant mid-70’s during the day and an agreeable low-60s in the night. The sun shines brightly every day. It’s blue skies as far as the eye can see from the center of the city and then “Karl the Fog” lurks over the surrounding hills off the ocean and encircles the bay with the evening sunset. The second week of October also marks Fleet Week in San Francisco which means fighter jets zoom up, down and in figure eights around the city breaking sound barriers and stopping locals and tourists alike in their tracks with their echoes, booms and aerial dances. ...... (follow the instructions below for accessing the rest of this article).
This article is featured in the app "GPSmyCity: Walks in 1K+ Cities" on iTunes App Store and Google Play. You can download the app to your mobile device to read the article offline and create a self-guided walking tour to visit the attractions featured in this article. The app turns your mobile device into a personal tour guide and it works offline, so no data plan is needed when traveling abroad.