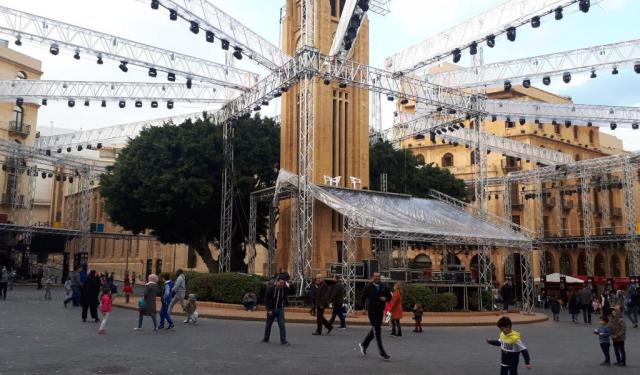 Cool Bars on the Rip in Beirut, Beirut, Lebanon (B)

I finally made it to Lebanon in 2018 and celebrated New Years Eve here and my entrance to 2019. It was my second time to see the new year arrive in the Middle East having been in Erbil, capital of Iraqi Kurdistan in 2013. That was a special trip at the time as I honed in on a century of countries and was about to head to the World Cup in Brazil in 2014.

Fast forward 5 years and the century had been achieved, a further 44 unrecognised countries were gulped down by my hungry backpack and I had relocated from the sweet smelling harbour of Hong Kong to the passion drenched streets of Poland’s capital, Warszawa. Travel slowed down for me. I spent two New Year’s Eves in Warszawa. Now it was time to head to Lebanon. I flew in from Krasnodar in Russia and landed in Beirut, heading straight to my hostel – Mady’s Hostel.

At Mady’s Hostel I was given a local welcome shot and was told about two prominent bar areas. One in the city centre (15-20 minutes dander) and the other in Mar Mikhaël (basically on the street I am sleeping on, but a bit further down). So without further ado, I headed out on my own. Within minutes I could feel the pulsating vibe of Beirut’s famous nightlife. It was pumping. Within 5 minutes of sipping my first beer, I had made new friends and I knew this was the place to be. Here are some of the cool bars I visited while backpacking in Beirut in Lebanon… ...... (follow the instructions below for accessing the rest of this article).
This article is featured in the app "GPSmyCity: Walks in 1K+ Cities" on iTunes App Store and Google Play. You can download the app to your mobile device to read the article offline and create a self-guided walking tour to visit the attractions featured in this article. The app turns your mobile device into a personal tour guide and it works offline, so no data plan is needed when traveling abroad.