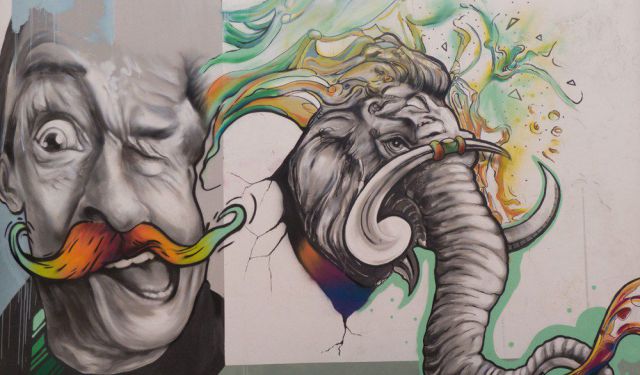 Crossing the Line: North and South Nicosia, Nicosia, Cyprus (B)

As you approach Nicosia from the south, you catch sight of a gigantic Turkish flag in the hillside ahead. It is a reminder that Cyprus is an island of two halves, the so-called Green Line dividing it into the “Greek” south and the “Turkish” north. Nicosia, the capital city, is also divided, but a crossing point allows visitors to explore both halves of the old town in a single day.

Nicosia is in the middle of the island, and was historically the main commercial and civic centre. However, the border between north and south Cyprus, which divides Nicosia in two, was closed to all traffic between 1974 and 2003. Many Greek Cypriots had fled to the south, and Turkish Cypriots to the north, losing their homes (and often farms and other businesses) in the process. While the border was closed they had no contact with the family and friends they had left behind.

Although the border reopened in 2003, crossings are only possible at certain points. Border formalities remain, and there is a buffer zone administered by the United Nations. You can walk into north Nicosia from the south at the foot crossing point at the end of Lidras Street, but you will need to show your passport. Interestingly, it is also a customs border, and as soon as you enter the Turkish side you encounter lots of shops selling low-duty goods. ...... (follow the instructions below for accessing the rest of this article).
This article is featured in the app "GPSmyCity: Walks in 1K+ Cities" on iTunes App Store and Google Play. You can download the app to your mobile device to read the article offline and create a self-guided walking tour to visit the attractions featured in this article. The app turns your mobile device into a personal tour guide and it works offline, so no data plan is needed when traveling abroad.