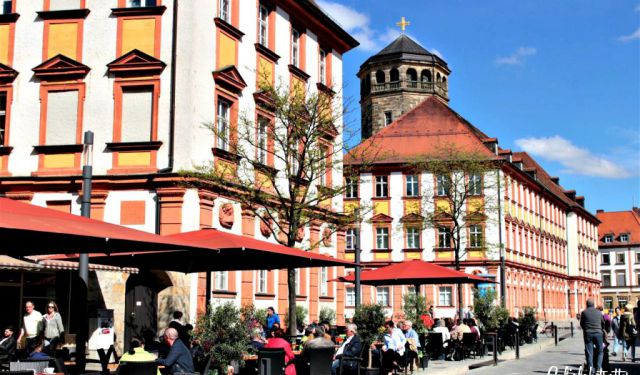 Perhaps you may have heard of Richard Wagner along your travels through Germany, especially if you have visited any of “Mad” King Ludwig II of Bavaria’s castles as he was often the inspiration behind many of the brilliant themes throughout the castles. But perhaps you’ve never heard of Bayreuth, a relatively quaint sized town in northern Bavaria that lovers of German music associate with. But Bayreuth is so much more than just that and owes much of its appeal to the Margravine Wilhelmine who brought sophistication and charm to the town.

Despite being a rather underrated city in Germany, for many lovers of classical German music, Bayreuth is synonymous with Richard Wagner, a famous 19th century composer and theater director, who took up residence here in 1872 until his death in 1883. His early career was quite bumpy but he did not become fully established until his success of his romantic opera performances Tannhäuser and Flying Dutchman in Dresden. “Mad” King Ludwig II of Bavaria became a big fan and his Wagner’s sponsor and incorporated aspects of Wagner’s operas throughout his castles so I could say they had a bit of a bromance. ...... (follow the instructions below for accessing the rest of this article).
This article is featured in the app "GPSmyCity: Walks in 1K+ Cities" on iTunes App Store and Google Play. You can download the app to your mobile device to read the article offline and create a self-guided walking tour to visit the attractions featured in this article. The app turns your mobile device into a personal tour guide and it works offline, so no data plan is needed when traveling abroad.