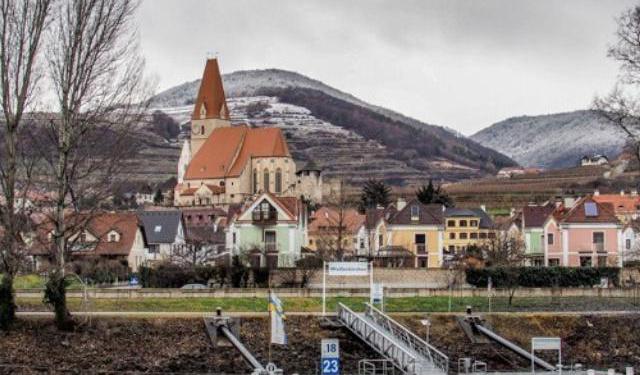 The Danube River originates in Germany and flows southeast 1,770 miles through ten countries and into the Black Sea. With the help of a lock system, 1,500 of those miles are navigable, thus it is an attractive river cruise destination.

Tons of tour companies offer countless Danube River cruises on very long boats. The average length of a Danube River Cruise is around eight days and the cruises pass through multiple countries. My friend Kristin and I took a cruise upriver from Hungary to Germany with additional stops in Slovakia and Austria.

When speaking of a Danube River Cruise, the Danube seems synonymous with Viking. Viking River Cruises is the most awarded river cruise. Having said that, through my vacation club, I stumbled across a Canadian Company called Emerald Waterways. Emerald Waterways has been voted the best value for the money for the last two years.

Since this was my first river cruise, I can’t compare the companies, however, based on other trips which include a small Baltic Sea Cruise, an expedition to the Arctic as well as the Antarctic, a trans-Atlantic crossing, and a few sailing tours, I could see how Emerald Waterways won such an award. ...... (follow the instructions below for accessing the rest of this article).
This article is featured in the app "GPSmyCity: Walks in 1K+ Cities" on iTunes App Store and Google Play. You can download this article for FREE and read it offline on your mobile device.