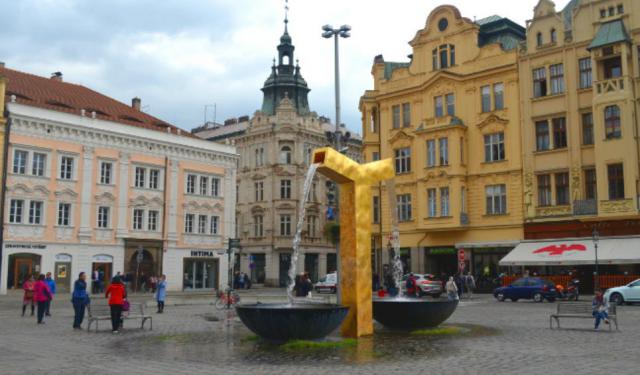 Day Trip to Pilsen from Prague, Plzen, Czech Republic (B)

If you enjoy beer, Pilsen is one of the must-see cities in the Czech Republic. That’s because it’s the city where pilsner beer originated in the 1800s. You can still visit the brewery that produced the world’s first pilsner beer in Pilsen. But more on that later.

As one of Prague’s closest neighbors, it’s outrageously easy to get to Pilsen at all hours of the day. You can either take one of many bus lines, like Flixbus or Regiojet, or take a regional train which departs to and from the city approximately twice every hour. You can pretty much show up at the train station anytime and get a ticket for less than $5. The trains will get you to and from Pilsen in an hour and a half if you take the express train, or almost two hours if you take the other trains.

If you’re traveling around Europe and coming from certain cities in Germany, like Nuremberg or Munich, it makes more sense to stop in Pilsen on the way to Prague instead of taking a day trip from Prague. Pilsen is almost a halfway point. ...... (follow the instructions below for accessing the rest of this article).
This article is featured in the app "GPSmyCity: Walks in 1K+ Cities" on iTunes App Store and Google Play. You can download the app to your mobile device to read the article offline and create a self-guided walking tour to visit the attractions featured in this article. The app turns your mobile device into a personal tour guide and it works offline, so no data plan is needed when traveling abroad.